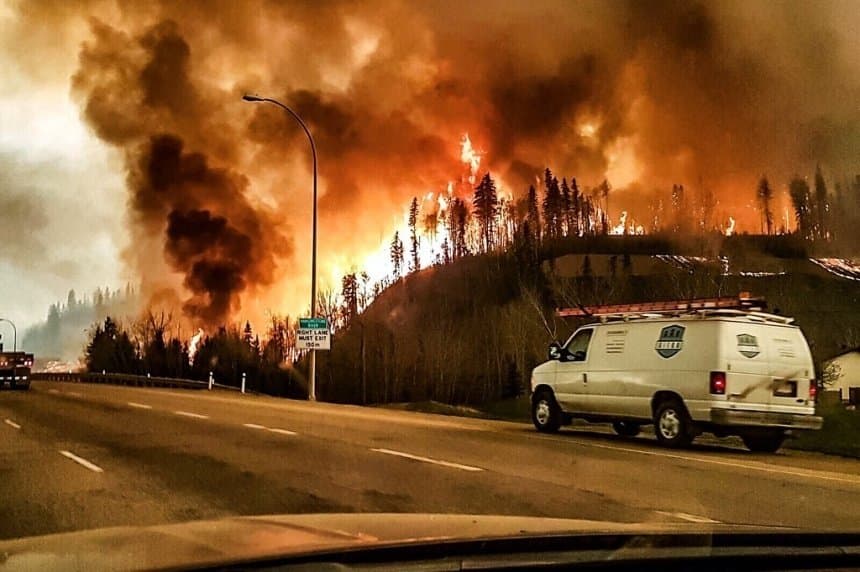 In early May, a forest fire forced the evacuation of almost 90 000 people out of Fort McMurray, making this evacuation the largest ever seen in the history of Alberta wildfires. To help the victims of the disaster, the Canadian Red Cross opened call centres to provide information and services to the population that was evacuated. One of the call centre was set up in Montreal thanks to our Base Camp Connect system and our technical services.

According to the needs and the time of the day, between 8 to 16 people ensured a permanent presence to answer the calls from evacuees. The support that the Red Cross volunteers from Montreal gave to their Western Canadian colleagues was extended over several weeks.

According to Claudie Laberge, Director of Emergency Management at the Canadian Red Cross in Quebec, «The mobile communication system allowed us to obtain a voice and data communication network within minutes, which is a considerable advantage when a crisis situation occurs. In the case of Fort McMurray, it enabled us to split the calls from evacuees, even in periods of affluence».

This example demonstrates the importance of establishing actual and future needs in terms of communication, as much for responders on the field as for people that work from the outside. It is imperative to establish the type of technology that should be used for the voice and data to be ready when the next disaster will occur. Fort McMurray residents are now slowly returning to their home trying to recover a near-normal life.