BGAN Terminals: Which one to Choose? 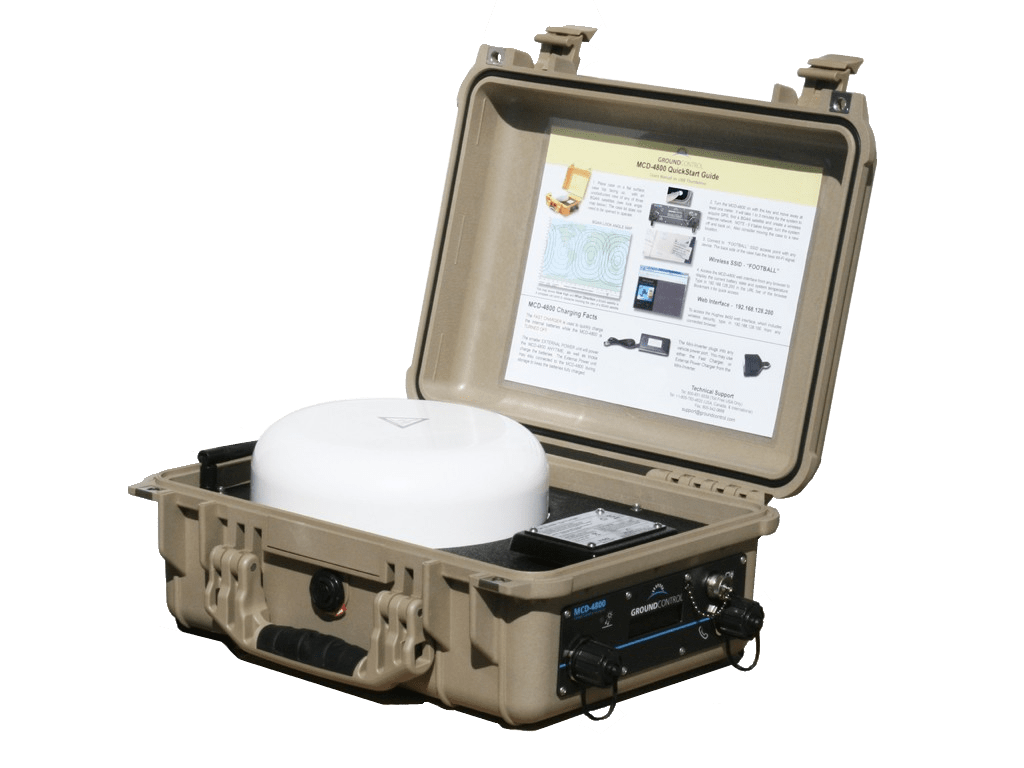 BGAN portable satellites are very popular in emergency management given their small size, rapid deployability, and relatively low cost of acquisition. Unlike satellite phones, BGAN terminals provide both high-speed Internet and voice which is a very good option if you need to connect a laptop, tablet, smartphone or any other wireless device. In this article, we will walk you through the most popular BGAN options we encounter with public safety agencies.

Public safety agencies generally opt for Class 2 BGANs because they provide sufficient bandwidth and connectivity speed for emergency response but cost much less (+/- ½ ) than a class 1 terminal. Class 1 BGAN terminals are primarily used for news broadcasts and video conferencing. Experienced BGAN solutions experts can greatly help to choose the best option according to budget and speed requirements.

BGAN terminals are typically pointed by the end-user in just a couple of minutes using the audible beeping tone that lets you know when you are “seeing” the satellite. When the tone turns from a fast beeping into a solid tone you have successfully pointed the device.

BGAN terminals all connect to the Inmarsat BGAN satellite constellation; these four geostationary satellites offer seamless coverage except for the extreme north and south poles, as shown on the the picture on the right. 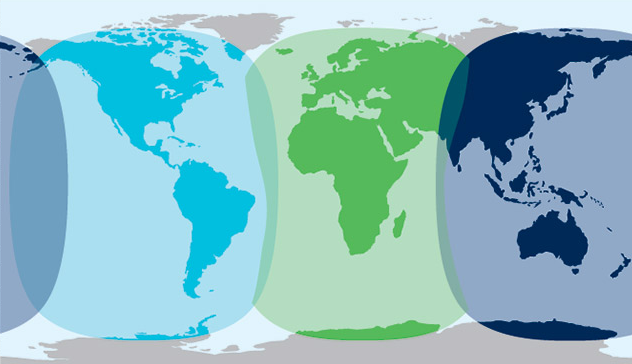 A BGAN terminal is very easy to setup and only needs about 2-3 minutes to be operational. If you’re the curious type, read the following guide, How to setup/point a BGAN. Here are 3 of the most popular BGAN options we encounter with public safety customers:

Explorer 510: The smallest of the product line, this BGAN terminal costs about $2,200. 11 devices can simultaneously connect to the Internet and make phone calls from smartphones using the WiFi connection.

Hughes 9202: For about $600 more than the Explorer 510, this BGAN terminal can also be used with any corded or cordless phone to make calls to fixed and mobile phones worldwide for only $0.99/minute. This works out to a lower voice calling cost than using a smartphone for WiFi calling like with the Explorer, which makes the extra acquisition cost worthwhile for some.

MCD-4800 – The Football: Priced at around $13,000, this antenna is a completely auto-pointing terminal that finds the satellite and registers with the network with just the touch of a single button. The MCD-4800 has over 5 hours of on-boardbattery life, it is completely autonomous and provides a 100-meter range Wi-Fi Hotspot, along with Ethernet and analog phone ports. The biggest differentiating feature of this unit is that it does not need to be aimed and can be used in both stationary and in-motion mode.

Now on to service plans: If you don’t know where to start, the 100 Megabytes Prepaid plan might be a good option. For about $525, you will have 100 Mb of pre-paid data throughput that is valid for 90 days. Overages above the included throughput is $6,99 per Megabyte. The second most popular plan for public safety agencies is the 300 Megabytes pre-paid plan. This plan is valid for one year, so it is a budgetable amount that can be purchased each year at a cost of $1,467. If there is a significant event that uses more than this amount, odds are good that there may be State or Federal disaster funding available for reimbursement. To see all other available plans, click here.

In summary, BGAN portable terminals are a very good option for portable rapid deploy data and voice without the acquisition cost of a large dish.