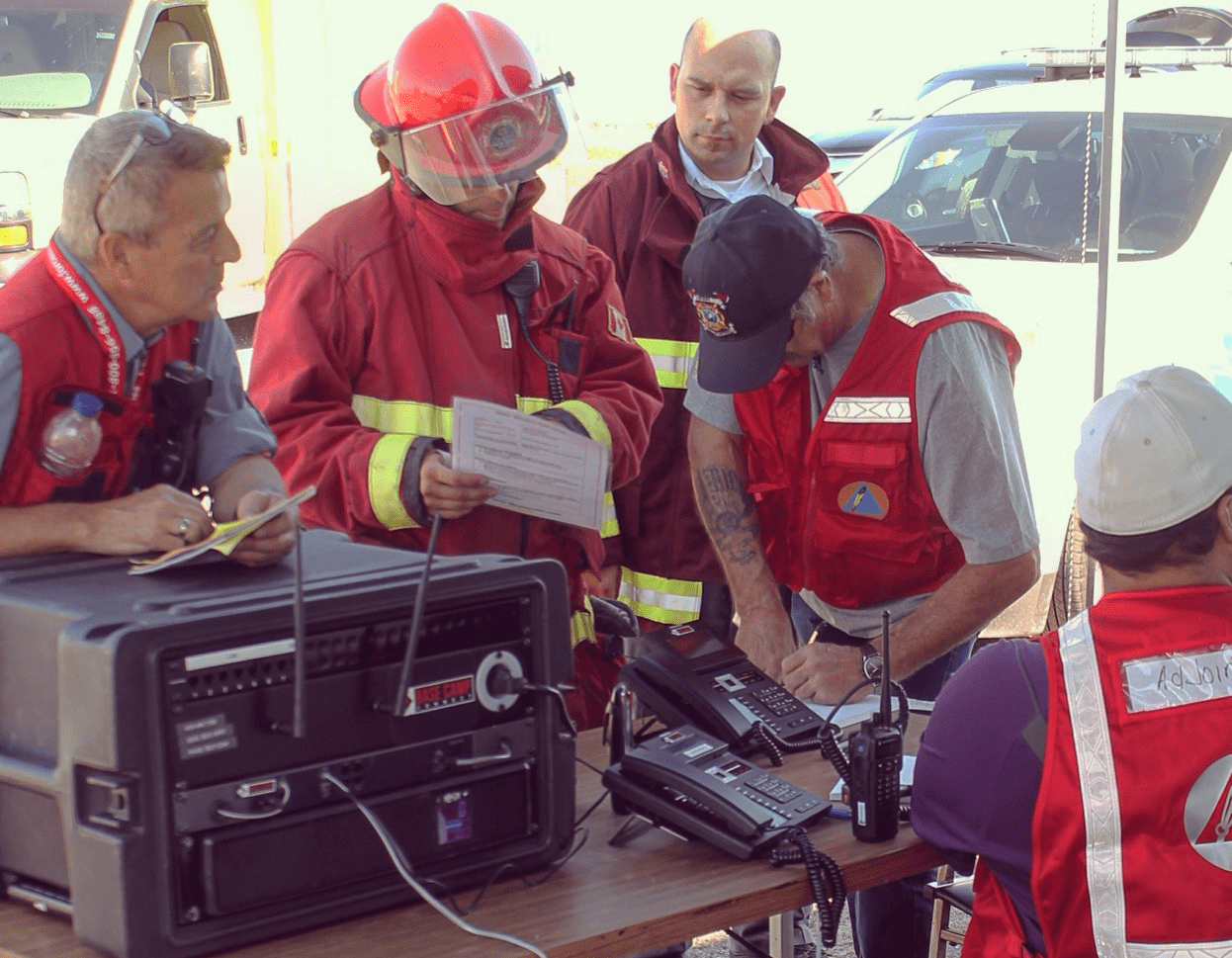 Interoperability is a key aim of emergency services around the world but one of the main challenges is the use of different communications systems. Canadian mobile communications provider Base Camp Connect believes it has a solution that could make interoperability easier. Lotte Debell reports from Fire&Rescue Magazine (p.26).

When the Montreal Fire Department responded to a fire at the vacant Queen Elizabeth Hotel in downtown Montreal in September 2016, the fire service used Base Camp Connect’s system to set up its mobile command post to support the operations of the incident commander. Around 50 firefighters responded to the incident, which was caused by a fire in the ventilation ducts. The incident commander and command staff were all connected via telephone to the command base using the Base Camp Connect system.

This command vehicle, explains Montreal Fire Department’s Division chief J Gordon Routley, is used at all major incidents in Montreal and provides the communications link to the outside world from the scene of an incident. ”It supports our on-scene communications, provides us with access to all our databases, all our mapping, our ”pre-fire” plans, and all of the computer systems of the city. It also provides us with hazardous material information and any other data that we might need to support the operations at the scene of a fire or any kind of major emergency”, says Routley.

Crucially, it also links the fire service personnel with each other and their commander, and also with other emergency services, regardless of the different systems that might be in use. And it does this without the need for complicated set up even a technician.

”We believe that Base Camp Connect is the only system that allows true interoperability between existing equipment and technologies for voice, data and radio”, says JP Grondin, CEO at Base Camp Connect. ”The system takes in many networks – landlines, cell networks, satellite networks, and radio networks – and brings these together in a single system with a single inbound number”.

Base Camp has three components: voice, data, and radio. These can be used independently or in combination to connect first responders within an organisation or with other organisations, towns, districts or private corporations, The system is rack-mounted in the Montreal mobile command post, but it is also possible to user a mobile version. This means that when leaving the MCP, Base Camp Connect is already connected and instantly provides telephone capability, Internet access and radio interoperability. 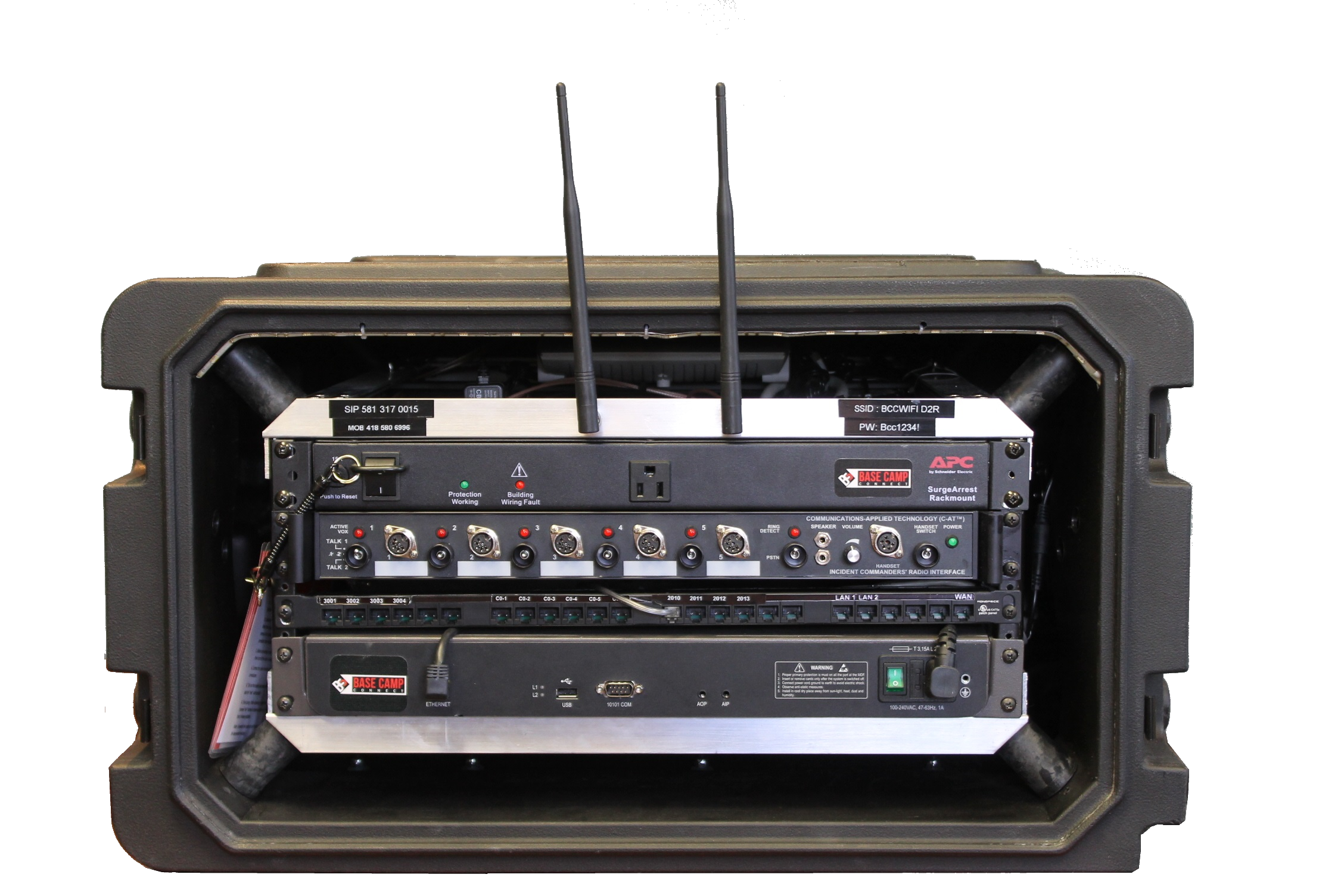 ”In an emergency, people come together from different emergency services such as the police, fire, and ambulance, as well as different geographical regions and private organisations, and these are often using different technology systems”, says Francis Raveneau, VP of sales. ”Some may use cells, others radios, and they can be on different platforms that can’t all interconnect. This is where Base Camp Connect comes in”. Kevin Scallen, chief engineer, explains that the system will work with any available networks to provide voice access to users. ”Landlines are simple – just connect, and you’re good to go. With cells,you can insert up to 20 sim cards into the back of the system to provide access – we recommend using at least two different networks in case one fails – and you can also insert a radio repeater and any mobile or portable radio. You also have the option of linking a satellite dish to the system”.

Once you have access, it works like an office system. There is one inbound number that everyone can use, regardless of their communication tool and their location. 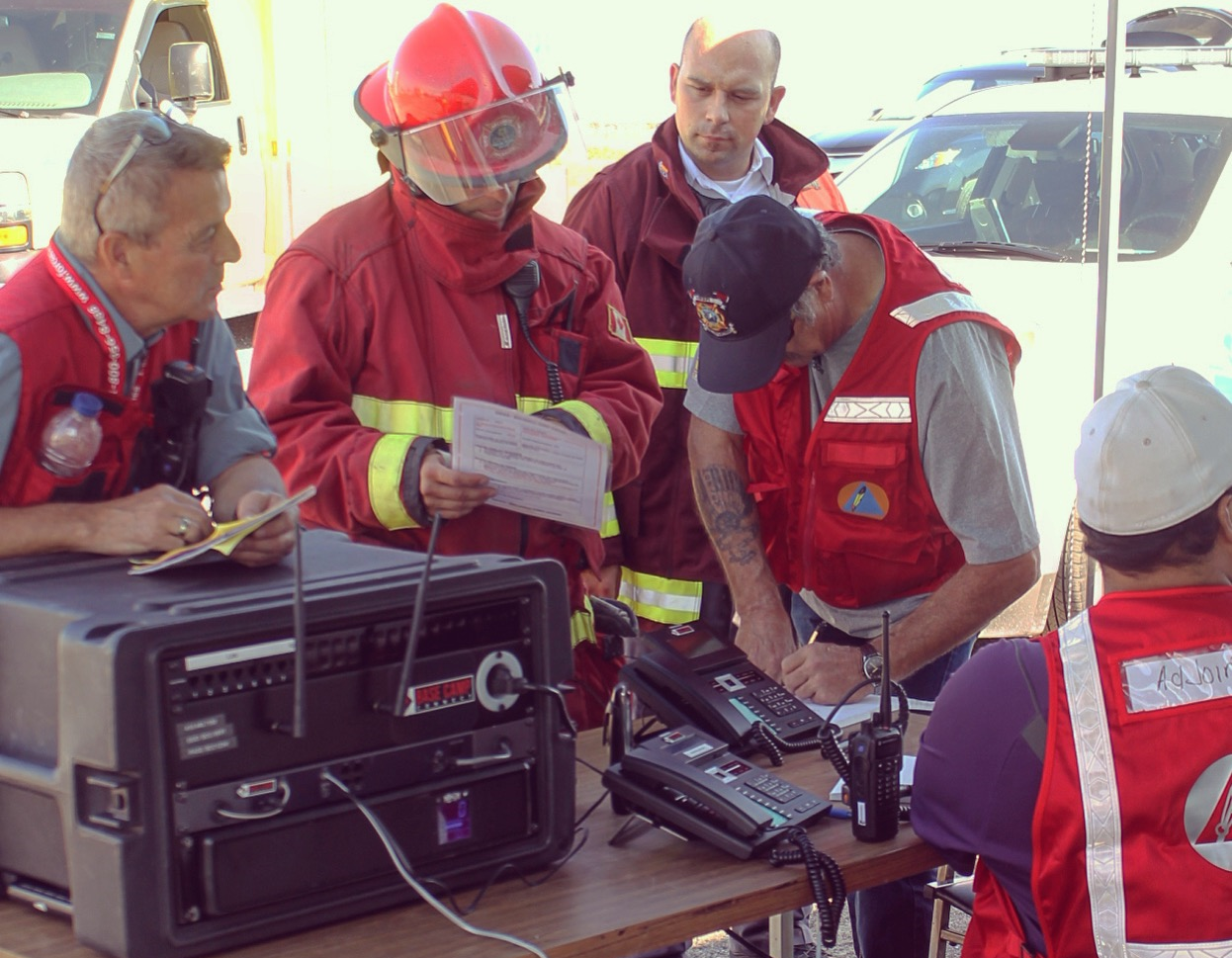 These days, access to the Internet is just as important as voice communications, and so Base Camp Connect can provide data access in a variety of ways, much as it does with voice. Available networks can be connected to the system or, if available, wifi can be used to provide users with data. And, if the emergency is in a remote location where there are no data networks, a satellite antenna can be used to connect to the Internet.

”We can also provide wired and wireless connections that require passwords to provide secured communication”, says Scallen. ”And, to ensure that users can work without interruption, the system will automatically cascade available networks to keep everyone connected. So, for example, if an LTE network fails, it will defer to the satellite network”.

Finally, the system helps to bridge the many different radio technologies in use by today’s emergency services, from UHF to VHF, and P25 to Tetra. ”The system has a module for the interoperability of radios that can accommodate up to ten different systems as a plug and play option. It also provides a seamless option for group calls. And, since radios are connected via Base Camp Connect, they become an extension of the phone system. This means that someone can dial the inbound number for voice and a preconfigured extension number for radio, and reach everyone on the radio on the interoperable channels”.

This might sound complicated to set up and use, but the opposite is true, argues Francis Raveneau, who says the system can be up and running within five minutes, and can be operated without specialist training.

Montreal Fire Department had the system installed in its new command vehicle in 2015, replacing technology that was 20 years old. Ensuring that it is as easy to use as possible has been key, says division chief Routley. ”We wanted it to be seamless for everyone who works at the command post to they don’t have to have any real technical expertise. We bring the communications and technology to them and it is ready to use. This way, a small team can procide communications even at large scale events”.