Connecting Together with Different Encryption Keys 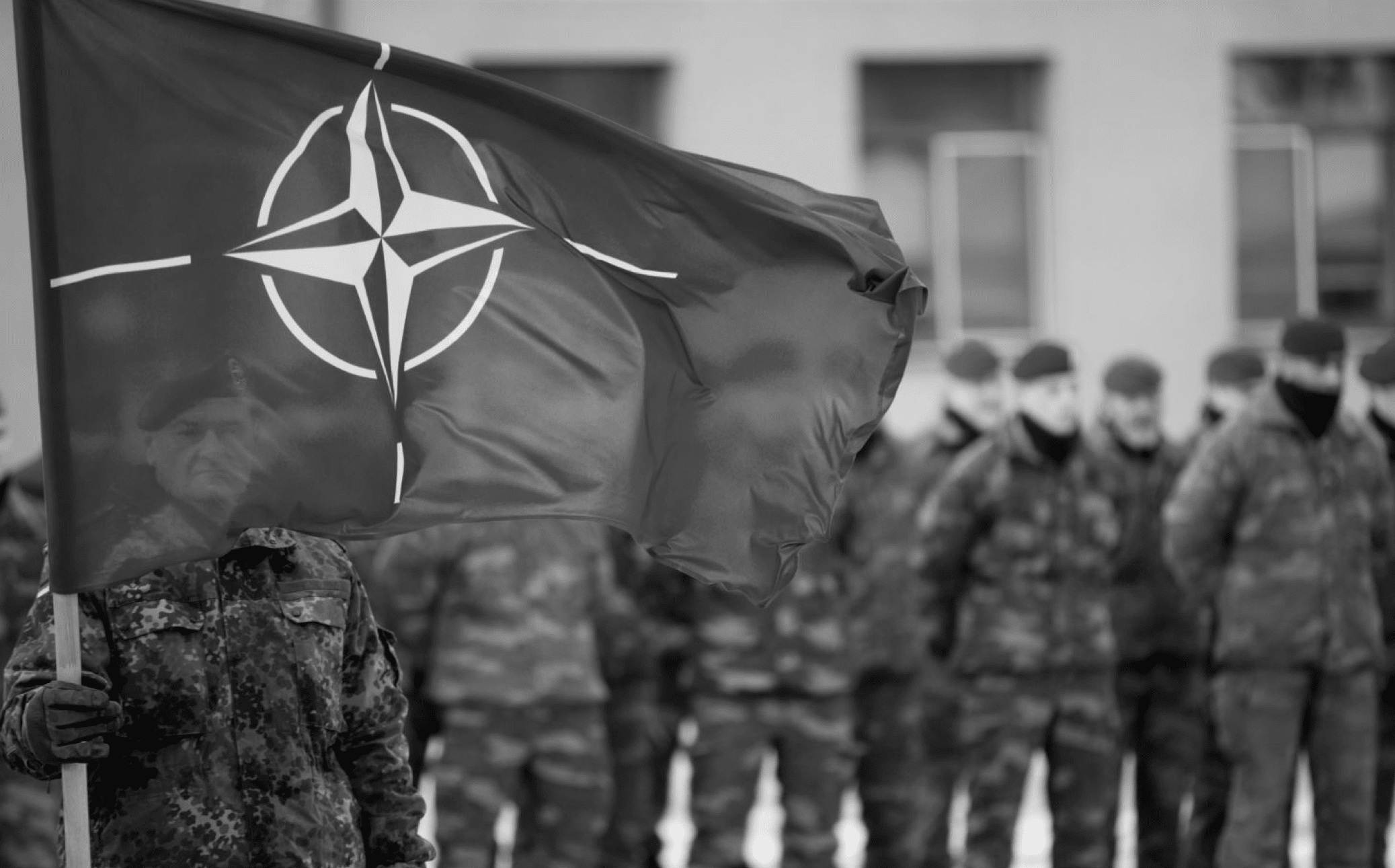 Ensuring secure voice, data and radio communications between NATO allies in a common theatre of operation can be a difficult, even impossible task in forward operations. As encryption codes are secret, country-specific and are not shared, collaborating without risking eavesdropping from unwanted entities is a real threat.

NATO has 29 member nations, and each has circumstances that change from year to year. Geopolitical shifts can mean that a ‘friendly’ country cannot be considered as such permanently. For this reason, sharing encryption keys carries its weight of potential future risks, and understandably, countries want to maintain their independence as much as possible.Allies will communicate in ‘clear’ mode for non-critical radio communications instead of a secured, encrypted mode just to avoid sharing keys. This can only work if they are using the same band, and it quickly becomes a headache if different bands are used (VHF, UHF & HF).

During critical situations, the inability to talk to another nation in encrypted mode on the battlefield is a modus operandi that puts operations and warfighters at risk. The threat of direct eavesdropping increases the risk of harm exponentially. Even worse, diffusion of false information from enemies can derail operations and cause serious damage.

One short-term solution discussed by NATO partners to get around the problem is to share radios. The major setback here is that there just aren’t enough radios. Picture this: Canadian, French and Lithuanian brigades are training together; each brigade has 150 personnel using 50 radios. In order to cooperate, one of the 3 countries would need to hand over 50 to 100 radios to partners, and 2 of the 3 countries would not be working with their proprietary systems. This does not make sense, and quite often there are simply just not enough radios to go around.

NATO is currently working on developing a common encryption solution to address this issue. If everybody agrees, it may take 10-20 years to develop and implement. Even if it happens…one could easily argue that costs will be prohibitive, with numerous roadblocks on the road to a unanimous common technology. Conflicting political interests alone might very well jeopardize the plan.

The immediate need can be met now – without compromising anyone’s security.

When used properly, ‘bridging’ solutions allow different radio technologies, bands, and brands to communicate together in clear and encrypted mode. Our BCC-Micro, one of these solutions, was recently successfully tested by NATO Landcom G6. When different radios (up to 5) are connected to the BCC system, they are bridged together locally while maintaining their own encryption keys untouched by third parties. Talk groups can be made to isolate some allies from others, and this system works with all frequencies and all types of radios.

Several scenarios were applied during the recent Landcom tests, and this one is an example: 5 brigades from different NATO allied countries have their radios connected to the BCC. Brigade A wants to talk to Brigade B and sets the donated radio to channel 5, which was previously designated to be the interop channel. Brigade B does the same and sets its donated radio to channel 14. The BCC operator puts both on talk group 1. All communications going through channel 5 on Brigade Aradios and channel 14 on Brigade B radios are in ‘interop’ mode, i.e. all communications will be heard by both. Meanwhile, the 3 other donated radios connected to the BCC but not talk group 1 remain isolated from the conversation between Brigades A and B. 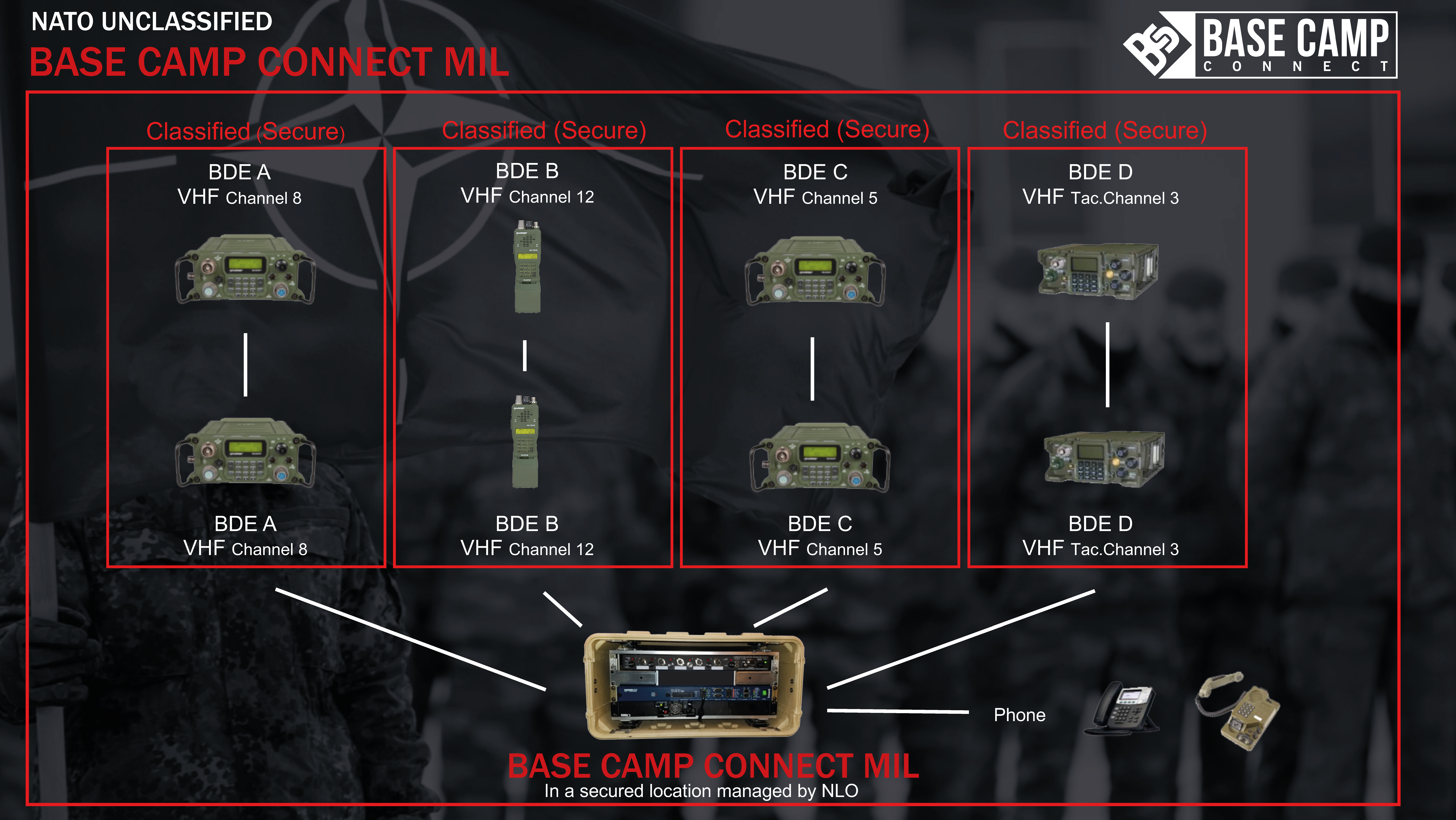 As political challenges and interests shift by nature, common platforms for such a vast and potentially changing alliance like NATO are not, in our opinion, a viable short-to-mid-term option, as budgets alone can curtail plans. Pragmatic thinking should prevail to bring readily available, tested solutions to the field and improve on them for future needs. When communications fail in a mission, critical information & intelligence is lost, creating delays and confusion that put the team and mission at risk. This should not be a weak point in coalition collaboration.