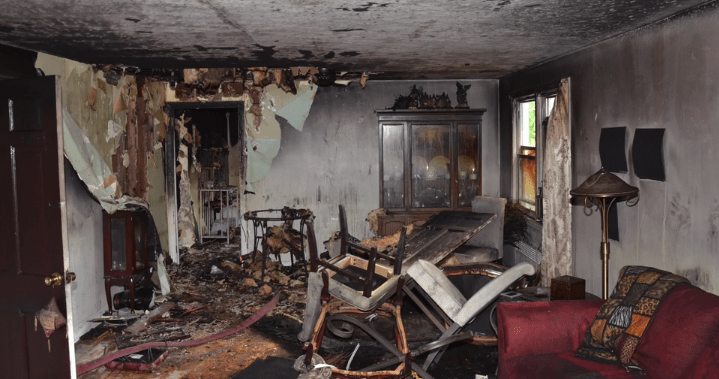 This article is a real life and death story about radio communications at a house fire in Connecticut in 2014 that resulted in death of a career firefighter from running out of breathing air. Attached to this article are 2 links that you should look at. One is the NIOSH Report that details the events of this tragic day and the other is news station coverage of the event and the radio traffic involved. The NIOSH reports are written on all firefighter fatal incident and I have had my officers use them as a part of their daily drills to read and discuss the events, issues, equipment failures and recommendations to prevent a similar event from happening again. NEWS FLASH: history does repeat itself. When you read these reports and you see the same reasons over and over again it makes you wonder WHY?

I am going to take pieces of the report for this article that especially talk about the communications issues that were faced on the fire ground that day. The report cited some of the contributing factors as Mayday procedures and fire ground communications; as well as key recommendations that mentioned that fire departments should ensure firefighters are properly trained in Mayday procedures and the incident commander should have a Mayday tactical checklist.

According the investigative report, the call for the fire was dispatched at 1830 hrs., at 1833 hrs. first due engine, Engine 16, is on scene and by 1844 hrs. command started to notice a change in conditions with the fire and was also having communications issues reaching the Engine 16.  At 1845 hrs. Engine 16 call a Mayday but no one including command hears or acknowledges it.  At 1846 hrs. command orders the evacuation of the building.  Engine 16 tries 3 times over the next 3 minutes to radio the missing firefighter with no answer.  At 1852 hrs the second alarm was transmitted and at 1853 hrs. the RIT team was sent to the last known location of the missing firefighter.  Within a minute, the missing firefighter was found and removed from the building and at 1900 hrs. he is transported to the local hospital where he was pronounced dead.  30 minutes from start to death, how can it happen so quickly? 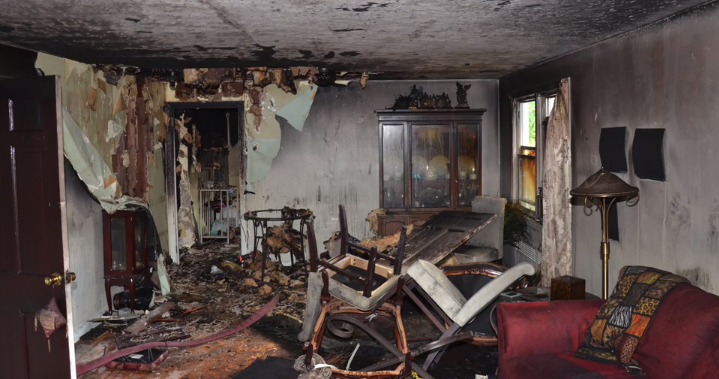 Photo of the room in which Bell was found, Source: www.courant.com

From the NIOSH Report, “Engine 16A continued the search for Engine 16B until his vibra-alert activated. Engine 16A stated that he called a Mayday, but it was not acknowledged; he also tried to radio Engine 16B. Engine 16A crawled out of the apartment with no air left in his cylinder and exited the structure. Upon his exit, Engine 16A had noticed that a firefighter was being attended to on the ground on Side Alpha. On several occasions, Command tried to contact Engine 16A with no response. For several minutes, the lieutenant tried to locate Engine 16B with no success. At approximately 1856 hours, the lieutenant notified Command that he couldn’t find his firefighter. Immediately, Command tried to radio Engine 16B but got no response. At approximately 1858 hours, Command activated the rapid intervention crew, which sent Engine 5 and Tactical Unit 1 into the apartment. Engine 5 made entry into the second-floor apartment. The Engine 5 officer looked at his thermal imager and the screen was white, but he heard a PASS alarm going off to the right of the door. Engine 16B was found lying on his right side near the door. The crew grabbed Engine 16B but he appeared to be caught on something. Engine 16B’s lower right leg and foot were entangled in a piece of wrought iron furniture (see Diagram 1). The RIC crew untangled him and carried him down the stairs to EMS waiting outside. Engine 16B’s SCBA was intact and properly donned on his face but the air cylinder was empty. At approximately 1900 hours, EMS started CPR on Engine 16B. Engine 16B was transported to the hospital but pronounced dead upon arrival. Engine 16B did not appear to have sustained any burns or other life-threatening injuries.”

The NIOSH Report talked about the steps that an incident commander should be looking at. The report stated:  A radio report of conditions, including those on Side Charlie, should be transmitted over the assigned tactical channel to the incident commander and the dispatch center. The transmission should include the following:

The incident commander must conduct an initial and ongoing situational assessment of the incident [NFPA 2014]. Any change to operational priorities or responsibilities based on the above size-up should be clearly communicated to Command, all responding units, and the dispatch center via the assigned tactical radio channel [Township of Spring Fire Rescue 2013; ULFSRI and FirefightersCloseCall.com, no date]. Command is then obligated to re-broadcast and receive acknowledgement from all operating companies. Stretching and operating hoselines is the primary function of an engine company. All members must realize the importance of an initial charged hoseline stretched at a structural fire. The majority of structural fires are controlled and extinguished by this initial line. The first line is placed between the fire and any persons endangered by it. This is accomplished by stretching the hoseline via the primary means of egress, usually the main stairway. This tactic:

In most cases, the first line is stretched via the interior stairs to the location of the fire. The purpose of this line is to protect the primary means of egress for occupants evacuating the building and to confine and extinguish the fire. Prior to opening the door to the fire area for advancement of the line, the engine company officer must ensure that no fire fighters will be exposed in the hallway or on the stairs above as the fire attack is initiated. This can be done via portable radio or in person [FDNY 2013]. When the fire attack is being initiated, the engine company officer shall announce via portable radio to Command that “water is on the fire.” This is a significant incident benchmark being met. If the engine company officer can’t get water or there is a delay of getting water on the fire, this must be communicated to Command as well [Brunacini 2002]. All members must be alert to fireground communications concerning hoseline placement and the commencement of fire-fighting operations so that crews can avoid opposing hoselines and getting hit with high-pressure water and debris.”

As with all NIOSH Reports, there is a section on recommendations and I would like to share three of them with you in my next article. Stay tuned! LODD