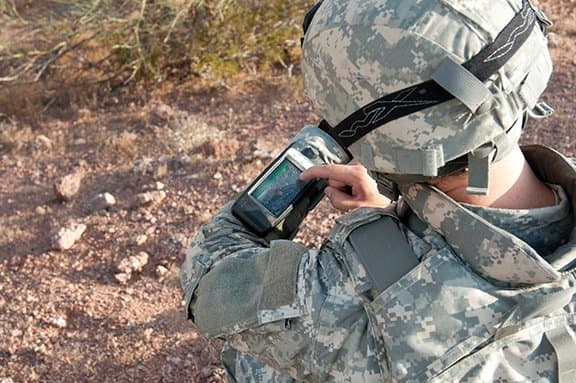 Tactical communication failures and delays are the most essential silent killer on your next mission. It’s a controversial statement, I know. You’re probably used to training against adversaries, criminals, and other opposing human threats. All of these threats quickly become much more dangerous if your organization has tactical communication problems. In many cases, LTE wireless communication makes a critical difference in saving lives in a tactical situation.

What Tactical Communication Problems Do You Need To Solve First?

Bear with us for a moment. If a command from headquarters becomes lost in transmission, what happens next? You need to spend more time confirming the order or move ahead based on incomplete understanding. Even worse, if two different tactical teams cannot communicate about a common threat, there is a heightened chance of suffering friendly fire. There are dozens of tactical communication problems you might face. Let’s consider these three common problems first.

Rapidly gathering intelligence data on a tactical situation is critical. Consider a hostage rescue situation.  One team may have one view of a building from above. Another group will have a perspective on entrances, exits, and movement at the ground level. To increase the chance for success, all of these intelligence sources need to be gathered together.

The US military is currently working on improving its intelligence gathering and electronic warfare capabilities. Specifically, Capability Set 23 explains the need for “must provide network resiliency, integrate more commercial information technology and satellite capabilities, and enhance data management” according to AFCEA. Note the key importance of resiliency and the increasing emphasis on commercial communication technology. It’s not enough to rely on a single communication channel.

Retaining the element of surprise remains critically important. When you choose the wrong communication methods and devices, you are going to suffer attacks before you are ready. Or you might run into political problems if your secrecy protocols are too restrictive.

It is vital to have access to all of these tactical communication channels in hostage-taking. Sometimes, you will need to communicate broadly (i.e., PA system). In other situations, secure communication is required, such as coordinating team operations.

Oral communication remains one of the most popular tactical communication methods for a good reason. Talking and listening do not require electricity, and they can be secured by using code words. However, these methods have several significant limitations, namely effective range. You cannot shout information back to headquarters or share information with another team across the city. The instinct to shout louder to be heard is problematic because your position will be easy to detect. Oral communication is also difficult to secure because you have to train everybody to use the same codes and understand them under pressure.

LTE wireless communication gives you several advantages in a rapidly changing tactical situation. First, you get a far greater range than oral communication. Second, you have greater security because it is difficult for a casual observer to overhear communication. Comparing LTE to verbal communication is not entirely a fair comparison, so let’s turn to radio next.

Conventional tactical radios have the advantage of being well understood and widely used. However, they have significant limitations technologically. For example, it is difficult or impossible to share non-voice data with traditional radio. If you want to access photo and video content from drones or satellites, conventional radio is not up to the challenge.

With LTE, you have the option to transmit photos, videos, and other media to your teams. By sharing this type of media in tactical communications, it is easier to assess the situation. You can also ask headquarters to execute image and video analysis to help you understand a situation. When you choose a wireless LTE solution, make sure you have a flexible tool that works on military, public safety, and commercial systems. That level of interoperability means you will not be cut out of the loop during a tactical situation.

Choosing The Right Place For Wireless LTE In Your Tactical Toolkit

Whether you are in a military situation or policing, multiple communication options are vital. Highly secure traditional radios have their place and should continue to be used. If you aren’t using LTE for tactical communication right now, should you? As much as we’d like to recommend it to everyone, it all depends on your context. LTE technology is powerful, but you do need to understand its strengths and weaknesses to use it effectively.

To wireless LTE communication successfully, you need a foundation in place. Find out if you are ready by using our short guide: Simple Steps to Assess LTE For Tactical Communications.