How to Communicate when you don’t have the same language ? ”10-4” 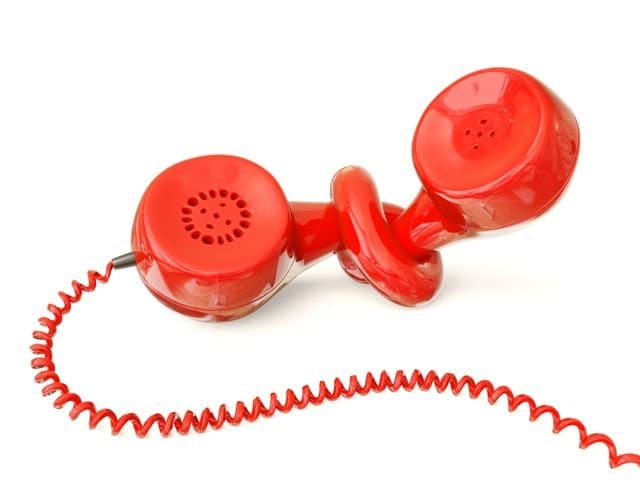 Knowing how to communicate, within and across agencies that deal in emergency management, especially emergency first responders (E1Rs), is essential for critical information sharing and a coordinated, effective response to any major situation. Once we understand this as a concept, and have dedicated the necessary time, effort and resources to it, then we can and should tackle the issue of actually “communicating” with one another.

There are many aspects and necessities, both vertical and horizontal to operational communications interoperability, not the least of which is the need for a common language. When asked to identify the biggest hindrance to interoperability, a previous firefighter research participant claimed, without hesitation, “Nomenclature”.  I nodded my agreement at the time, not having any idea what the word actually meant!  The Oxford Dictionary of English defines it as:

“The devising or choosing of names for things, especially in a science or other discipline.”

Within our own organizations, I am sure that each of us can come up with numerous examples of which we probably have to agree, there is little fundamental understanding between any of the organizations with whom we regularly interact.  As a result, before any large scenario takes place, it must be made consistent and, and not be considered “a wall blocking a commonality of understanding”. Firefighting Resources of California Organized for Potential Emergencies (FIRESCOPE), which originally conceived the ICS command and control system (Clayton & Thorpe, 2011), stresses the need for a unity of language for all users (DHS, 2007; Federal Emergency Management Agency, 2006; Emergency Management Ontario, 2008).  Many responders, practitioners, and academics believe that codes, such as 10 codes, serve mainly to confuse multiple users, and have been used to keep operational information confidential from, not only, the public but other agencies as well. Such confusion can be exemplified by the fact that there are significant differences of meaning for codes even between like agencies: for example, a “police officer down/needs assistance” in Ottawa is a 10-78, but the same in New York City is a 10-13, which, in Ottawa, means damage to property.

From both technical and multi-agency perspectives, more emphasis needs to be placed on interagency communication and information sharing. Where it relates to the initial response to any major event, communications, “communicating” and information sharing are equally important because, as concepts within emergency management, they have many variables. Required by both members within any one agency, it is also required across agencies. Thus, the necessities are both vertical and horizontal.

Several events have identified the need for operational and technical communications interoperability amongst agencies in disaster response and emergency management.  Most prominent of these is 9/11, when New York City Police Department helicopter pilots, circling the twin towers of the World Trade Center, warned of at least one’s imminent collapse (Cohen, Eimicke, & Horan, 2002; Kapucu, 2006; Torres, n.d.). The New York City Fire Department did not receive the information, which contributed to the deaths of 343 of its personnel, among others. It is for such reasons that many fire departments have adopted a standardized radio language format, believing that agency nomenclature appears to be an outdated concept.  Instead of acknowledging receipt of a radio message with “10-4”, many are actually saying “Message received”.  Such plain language leaves no doubt as to what is being said by and to whom.

In Canada, the majority of urban centres operate with three emergency response agencies: Fire, Paramedics, and Police.  Most have their own communications centre with unique nomenclature, non-compatible with any of the other’s. In Ottawa, the police communications centre operates and manages the 911 system for the city, relaying calls, as required, to the partner agencies’ communications centres. This division alone can create a sense of superiority that can damage relationships. As the 911 system is directly linked to that of police dispatch, a call taker can enter a police service call, but if another agency is identified as being primarily required, the call is routed accordingly.  Adhering to present policy, once answered, the 911 operator releases the line, despite the fact that police presence may also be required, necessitating a re-contacting of one communications centre by another.

Such duplication is convoluted, inefficient and often results in confusion. Information exchanged between agencies, each requiring different criteria, using three radio and computer systems, to three types of responders, naturally and frequently results in inaccuracies. This is, perhaps, due to the fact that staffs do not ask the questions that may be a requirement of other agencies.  Further, as identified by a research participant, internal policies and external oversight bodies prevent the asking of certain, perhaps personal, questions.  While often asked anyway, there is always the risk that an audit will censure such practices.  Typically, the training received by staff, therefore, is job specific with no cross-training or exposure to the other agencies’ protocols or SOPs.

On the technical side of the equation, many jurisdictions have compatible radio systems that allow operational interphase by switching to a specific channel. Despite this technological advancement, employment is hardly frequent, perhaps simply due to the uncertainty of initiating such a protocol.  Further, by virtue of complete physical separation, communications centre personnel do not have personal relationships.  So, they are not only unaware that this connection exists; they are not comfortable enough with one another to engage operationally.

Thus, the multifaceted issue of operational communications has to be addressed with respect to the part it plays in interoperability and collaboration between emergency management entities.  Lead emergency management agencies should consider the idea of a combined communications centre that, while maintaining individual operations, would develop unified protocols to address a significant disaster or emergency. Should these exigencies not be dutifully examined, the impediment of effective interoperability and collaboration, due to the deficiency in the simple exercise of communicating, acerbated by differences in messaging  and nomenclature between agencies’ communications centres and field operators, will continue.