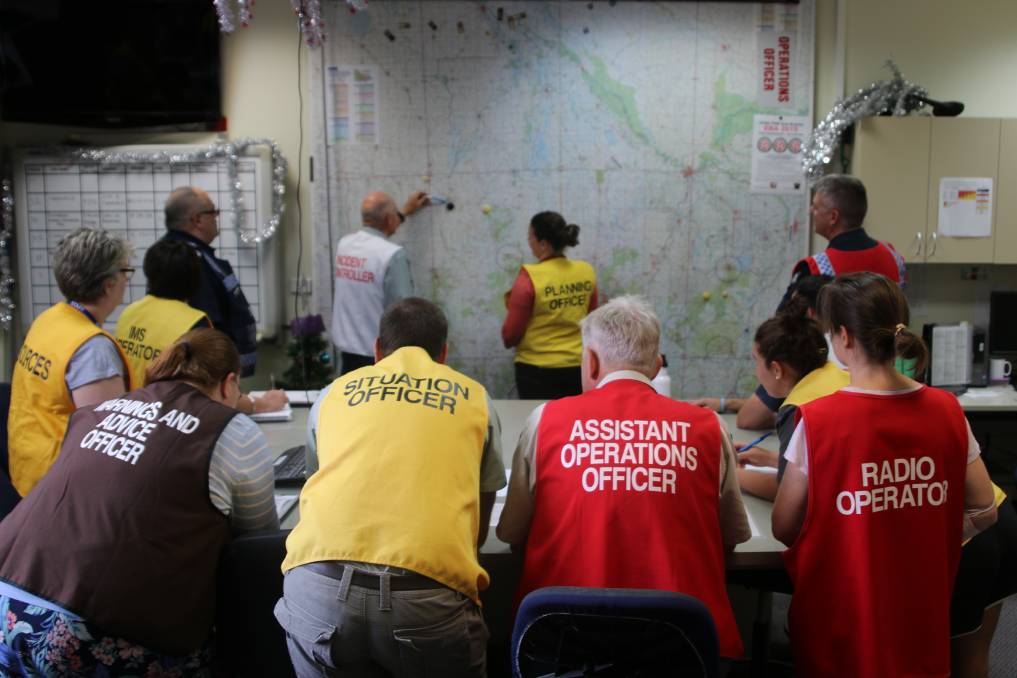 In the AHIMT world, that adage could be recast as, “The greatest problem with communication is the illusion that it will take place.”

Even with all the best planning, communications at an incident can be problematic. To explore this issue, we conducted a survey to learn more about the challenges IMTs face and the best practices they employ to ensure that critical communications capabilities are available when needed. In particular, we wanted to hear what IMTs needed to do—or were already doing—about improving incident communications. 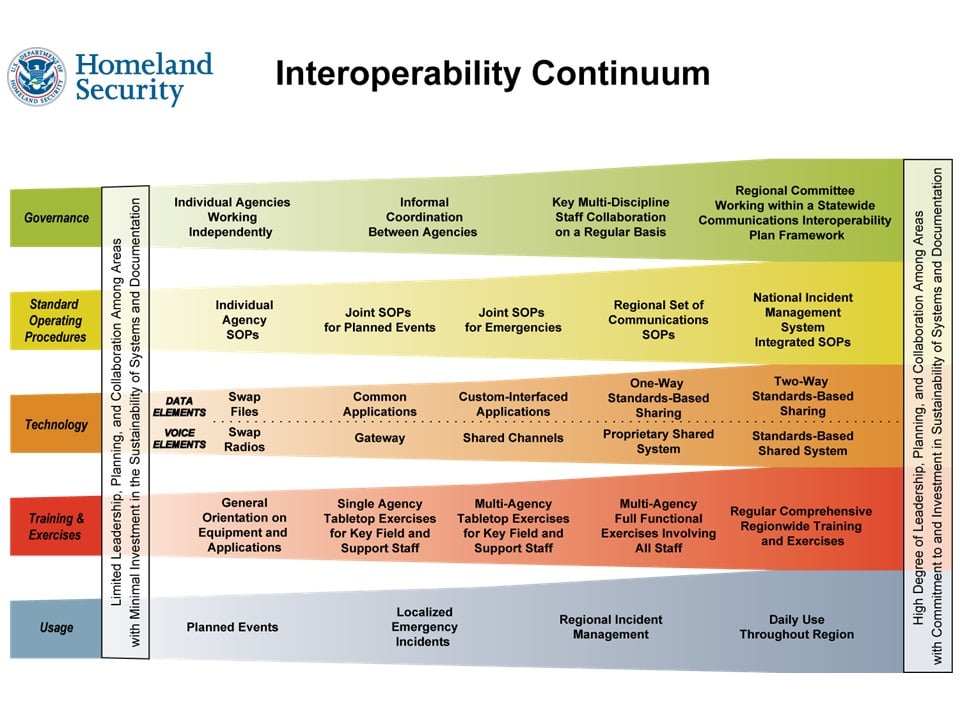 Where does your IMT fit along the continuum in the categories of governance, standard operating procedures, technology, training, and usage?

The Governance category is all about collaboration and interoperability. The natural state of affairs finds individual agencies working independently. Compare this with the goal shared by many of our respondents for regional collaboration within a statewide communications interoperability plan framework. Our respondents are seeking interoperability among different agencies with information-sharing platforms. One respondent is looking for the ability to be instantly operable with State Police without having to be patched through the communications center. Another simply wants access to State/Local Public Safety systems and channels.

One respondent wrote that the greatest first improvement is very basic—the development of an IAP, which can uncover systems that have coverage gaps. Along those lines, another respondent recommended pre-loaded ICS-205 forms for the areas you are likely to operate in.

In the Interoperability Continuum, technology is divided between data elements and voice elements and our respondents have extensive wish lists for both.

A common need was for shared information platforms or hard drives accessible by high-bandwidth Wi-Fi. Teams need to be able to access the same documents and folders and deposit information to a central point, a condition described by the Continuum as “two-way standards-based sharing.”

Among the respondents, there were calls for radio interoperability systems and more access to cell on wheels (COW) at lower cost. Regarding cell phones, one respondent wrote, “I believe phones are the best available resource. With smart phones you have text, email, and voice which all can be used.”

Satellite phones were high on the list of many respondents along with radios, tablets and networked computers with internet service and BGAN—Broadband Global Area Network.

Some respondents are wary of high-tech solutions, though. One commented that IMTs should rely on basic radio-to-radio communications and not rely on high tech as much.

Other respondents weighed in about the overreliance on technology. “Don’t forget face-to-face communications. It seems we are getting wrapped around the axle over technology at times and forget what it will take to get the job done without it.”

That sentiment was echoed in another response: “Face-to-face communications – it will never be beat!”  Still another advised using “anything that does not rely on the internet to work.”

In the same vein, one response called for improving “our ability to communicate locally when radio systems and cell towers are unavailable or when operating outside the state radio system.”

Exercising of protocols and procedures across various agencies

One respondent highlighted the need for training and frequent testing on the equipment because “too many times it is non-operational when needed” or team members have “forgotten how to use it properly due to length of time between major events.”

Another respondent sought more education on how to use multiple communications given the limitations of cell. “We are establishing networks, but people like to use what they use every day. They understand that cell systems go away, but they are not interested in understanding radio networks and how they can expand communication. Also, cell use limits shared communities and situational awareness.”

Beyond pain points and wish lists, the respondents also provided use cases including:

Several respondents mentioned Amateur Radio (HAM) as part of a total comms package. It is important, one said, to build a good working relationship with HAM emergency organizations. One person described HAM radio as “the only reliable thing in a disaster.”

Money is always a problem. There’s just never enough of it. About the cost of communications, one person’s simple advice was, “Go with what you can afford to support.”  Download our Grant Guide here!

And when it comes to support, a respondent wanted someone “exclusively dedicated to support IT communications needs.” That dovetailed with another response about the need to recruit “knowledgeable, experienced IT tech support personnel who are willing to volunteer their time and effort.”

Overall, the responses showed the need for of a comms environment comprising easily field-programmable portable radios with interoperable channels, satellite connections, and up-to-date computing resources. They were looking for reliability in adverse conditions and high-demand periods with priority for responders.

In the end, all IMTs should be dedicated to creating an environment where communications are not illusory, and where they can confidently, quickly, and competently be deployed.