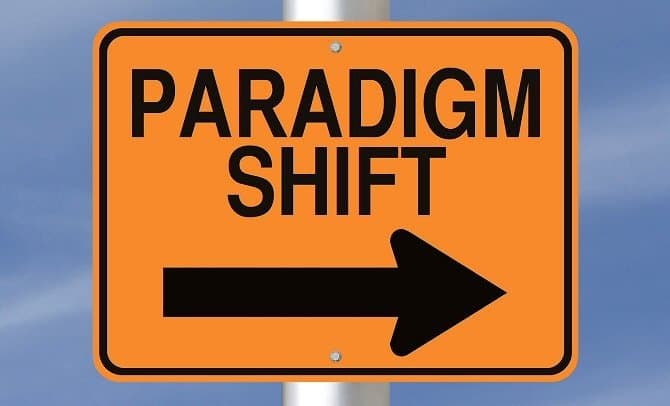 The necessity for emergency responders and managers to transition to a culture of operational interoperability represents a paradigm shift for most. The problem remains that many organizations are hampered by their continued operation in silos and their misunderstanding of one another’s SOPs. While my expertise surrounds the experience that I have had, over thirty years, in emergency first response, the principles I espouse can be interspersed across a variety of organizations, regardless of function, that work in conjunction with one another.  This transference is imperative to the collective cooperation of such organizations.

When organizations face the prospect of such a paradigm shift, a buy-in has to come from all levels. This is true of those at executive levels, who have the ability to strategically proceed with the shift by driving policy and procedure, but is equally as imperative in organizations such as emergency first response (E1R), where frontline staff performs most of the tasks associated with policy or procedure. The problem is that it is hardly assured and certainly doesn’t happen overnight.  Enter the middle manager or, more importantly, the leader. Within any organization there exists the existential battle between leadership and management.  Leadership can be defined as the process of influencing others to accomplish a mission by providing purpose, direction, and motivation, while management is far more seen as setting the higher level strategic direction. While to some, one might be more applicable or relevant than the other; the truth is that most organizations cannot live without both. To that end, each has to recognize the other’s mandates and, as a result, work with, not against one another.

In operational organizations such as E1Rs, effective leadership is essential (Devitt & Borodzicz, 2008; Waugh & Streib, 2006) and has been identified as one of the most critical factors in crisis response (Flin & Arbuthnot, as cited in Devitt & Borodzicz, 2008). This is largely because of the paradox that is presented by modern-day emergency management: it requires meticulous planning, yet, with respect to response it is completely spontaneous (Waugh & Streib, 2006). Successful interoperability and collaboration, therefore, require the type of leadership that can, as one of my previous research participants indicated, “See past individual service goals and look both laterally and vertically to see what makes the greatest sense for all services and for the public they represent.”

Middle managers and effective leaders are critical to the success of any interoperability or collaboration program, because of their ability to liaise between upper management and the operational member. Operational organizations rely on middle management leadership for two distinct reasons: first, to promote the mission, values, and the strategic goals of the organization, and second, yet equally important, to lead the frontline staff along the necessary course of the organization’s strategic plan. Many a military officer will attest that successes in battle are due to the abilities of non-commissioned officers (NCOs): their warrant officers, sergeants, and corporals. The NCOs are the liaison between the officer’s strategic plan and its application by the soldiers, or enlisted men. The NCOs have to buy into the program and be able to sell it to the troops. Where this has not been possible, the plan was often destined to fail. Thus, the two-way street walked by middle management is essential to the success of operational interoperability.

Effective middle managers have the unique ability to communicate internally and externally across agencies; essentially to play both sides of the field. As a result, they should be the driving force of interoperability and any management or executive attempt to re-align significant strategic goals must always include them in the process.  This inclusion should be from the outset and their opinions, most often borne of experience, should always be considered to the degree that they warrant. In addition, in order for the concept to be carried to the envisioned and, indeed, the required stages, organizations involved should also develop minimum training and certification standards.

To respond effectively to a disaster or a significant emergency, the leadership of that response must be considered at all stages, including preplanning and follow-up recovery. This is especially true in a multiagency response (Devitt & Borodzicz, 2008) because, while handling the situation is critical, the qualitative contributions that individual professionals can make are equally so (Boin & Lagadec, 2000). Without such leadership, confusion would reign supreme and would not only affect the outcome of any significant occurrence in which all services are involved, but would also greatly harm everyone’s morale, vertically and horizontally.

Thus, in order to ride the tsunami of a paradigm shift, organizations must select experienced operational leaders to form working groups that will determine protocol regarding interoperable response to events. While protocols must support all agency policies and SOPs, it must also identify the response level, as opposed to simply an event to which leadership from all attending agencies can be expected.  Once so established, in the event of a significant disaster or occurrence, not only will all responders know who is responding, but so will their respective leadership. Leaders will know that their co-agency counterparts will also attend, thus allowing for quicker lead agency designation and the establishment of command.

A further aspect of response protocol for leadership should be that supervisors are readily identifiable. Many frontline workers and laypeople will never understand the rank insignia of the other agencies. Supervisors are often more easily identified by the types of vehicles they operate. For example, many paramedic and fire supervisors operate sport utility vehicles, while police sergeants in many services operate the same sedan-style vehicle as responding constables. Should this continue, the word Sergeant or Supervisor should be added in a conspicuous location on the police vehicle. In addition, where incidents call for the establishment of a command post, all supervisors’ vehicles should be equipped with a green flashing light, which is the international symbol for command (Federal Emergency Management Agency, n.d.).

In embracing these initiatives, a natural increase in shared communication, ideas, and stronger relationships would result. Such relationship building would then manifest itself and result in the buy in at street level and, regardless of whether individual leaders have met or trained together prior to an event, they would interrelate more effectively, quickly, and confidently in order to achieve common interoperable response goals.