In my last blog post, I explained how a firefighter died battling a house fire in Connecticut in 2014. I talked about the steps that an incident commander should be looking at. In this article, I’ll talk about recommendations.

As with all NIOSH Reports, there is a section on recommendations and I would like to share three of them with you but you can read them all in the full report via the link I provided at the end of the article.

“Recommendation #6: Fire departments should ensure that firefighters are properly trained in Mayday procedures. Discussion: It is essential to train firefighters to recognize when they are in trouble, know how to call for help, and understand how incident commanders and others must react to a responder in trouble [Jakubowski and Morton 2001]. One of the most difficult situations a firefighter can face is when they realize they need to declare a Mayday. Recognizing that they are (or about to be) in a life-threatening situation is the first step in improving the firefighters’ chances to survive a Mayday event. Many fire departments don’t have a simple procedure for what to say when a firefighter gets into trouble—i.e., a critical situation where communications must be clear [Jakubowski and Morton 2001]. A Mayday declaration is such an infrequent event in any firefighter’s career that they need to frequently train in how to recognize the need for a Mayday, how to declare the Mayday, and what steps to take to improve their chances for survival. Firefighters must understand that when they are faced with a life-threatening emergency, there is a very narrow window of survivability, and any delay in egress and/or transmission of a Mayday message reduces the chance for a successful rescue. Knowledge and skill training on preventing a Mayday situation or how to call a Mayday should be mastered before a fire fighter engages in fireground activities or other immediately dangerous to life and health (IDLH) environments. Firefighter training programs should include training on such topics as air management, crew integrity, reading smoke, fire dynamics and behavior, entanglement hazards, building construction, signs of pending structural collapse, and familiarity with a self-contained breathing apparatus (SCBA), a radio, and personal protective equipment (PPE). “ 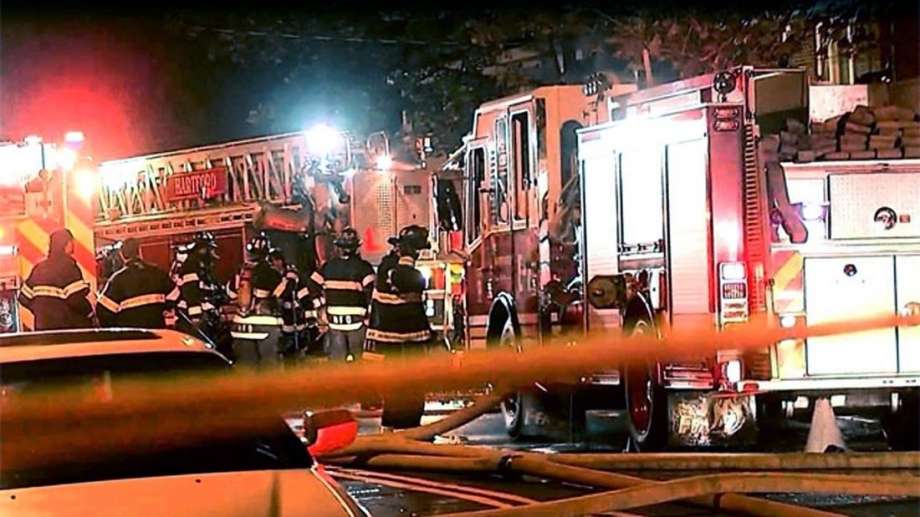 “Any Mayday communication must contain the location of the firefighter in as much detail as possible and, at a minimum, should include the division (floor) and quadrant. When in IDLH environments, firefighters must know their location at all times to effectively be able to give their location in the event of a Mayday. Once in distress, firefighters must immediately declare a Mayday. The following example uses LUNAR (Location, Unit, Name, Assignment/Air, Resources needed) as a prompt: “Mayday, Mayday, Mayday, Division 1 Quadrant C, Engine 71, Smith, search/out of air/vomited, can’t find exit.” When in trouble, a firefighter’s first action must be to declare the Mayday as accurately as possible. Once the incident commander and rapid intervention team (RIT) know the firefighter’s location, the firefighter can then try to fix the problem, such as clearing the nose cup, while the RIT is en route for rescue [USFA 2006].”

“The word Mayday is easily recognizable and is an action word that can start the process of a rescue. The use of other words to declare an emergency situation should be discouraged because it is not as recognizable as an immediate action word that will start a rescue process. During this incident, the fireground radio traffic was busy and many different communications were taking place. A Mayday message transmitted over the radio much earlier in the event may have gotten the attention of command officers and other firefighters when a rescue attempt might have had a better chance of locating the firefighter.  In this incident, the firefighter never called a Mayday and never activated his emergency button (emergency buttons were inoperable) or PASS device. His officer called a Mayday that went unacknowledged and a second one that was not recorded on the radio transmission log.”

I have always been a fan of using a tactical worksheet so that you can use your eyes and hands to assist your mind in the keeping track of the location of companies on a fire scene.  This recommendation talks about a sheet that is available at the end of the NIOSH report.

“Recommendation #7: Fire departments should provide the incident commander with a Mayday tactical checklist for use in the event of a Mayday. Discussion: When a Mayday is transmitted for whatever reason, the incident commander has a very narrow window of opportunity to locate the lost, trapped, or injured member(s). The incident commander must restructure the strategy and incident action plan (tactics) to include a priority rescue [Bachrach and Egstrom 1987]. Some departments have adopted the term LUNAR—location, unit assigned, name, assistance needed, and resources needed—to gain additional information in identifying a firefighter who is in trouble and in need of assistance. The incident commander, division/group supervisors, company officers, and firefighters need to understand the seriousness of the situation. It is important to have the available resources on-scene and to have a plan established prior to the Mayday [Bachrach and Egstrom 1987; Corbin 2000].  At this incident, when the Mayday occurred, the incident commander quickly called for additional resources and conducted a personnel accountability report to determine if any companies were lost or missing. Due to the influx of resources, trying to determine the location of companies and identifying crews that were missing, the incident commander was quickly overwhelmed. The intent of this Mayday worksheet, like the tactical worksheet, is to assist the incident commander during a very difficult and stressful time on the fireground operations.”

In Recommendation 8, NIOSH talks about the need for every department to have an SOP or SOG for fire ground communications.

“Radio frequency usually refers to the radio frequency of the assigned channel. A radio channel is defined as the width of the signal depending on the type of transmissions and the tolerance for the frequency of emission. A radio channel is normally allocated for radio transmission in a specified type of service or by a specified transmitter. Fire departments should ensure that an adequate number of radio channels are available. Multiple radio channels are necessary at large-scale or complex incidents, such as a commercial structure fire, mass-casualty incident, hazardous materials incident, or special operations incident [NFPA 2014; FIRESCOPE 2012]. A fire department should provide the necessary number of radio channels for complex or large-scale incidents needing multiple tactical channels. NFPA 1561 Standard on Emergency Services Incident Management System and Command Safety states in Paragraph 6.1.4, “The communications system shall provide reserve capacity for complex or multiple incidents.” This would require fire departments to preplan radio channel usage for all incident levels based upon the needs of an emergency incident including large-scale or complex incidents [NFPA 2014].”

“Fire departments should preplan for not only large-scale or complex incidents, but also for the ability to handle daily operations. Standard operating procedures, radio equipment (e.g., mobile radios, portable radios, mobile data terminals, laptop computers), other hardware (e.g., CAD system), and dispatch and communications protocols should be in place to ensure that these additional channels are available when needed [NFPA 2014].”

“Every firefighter and company officer should take responsibility to ensure radios are properly used. Ensuring appropriate radio use involves both taking personal responsibility to have your portable radio turned on and to the correct channel. A company officer’s responsibility is to ensure that all members of the crew comply with these requirements. Portable radios should be designed and carried in a position that allows a firefighter to monitor and transmit a clear message [IAFF 2010; Varone 2003].”

“A fire department’s SOP on communications should address issues on what to do if your Mayday transmission is not acknowledged, such as activating your emergency button. If there is a complete radio failure, the firefighter should evacuate the building as a matter of safety. In this incident, a Mayday was not acknowledged and the emergency button was not functionally activated by the fire department.”

Before communications become an issue, the incident commander must consider options for alleviating excessive radio traffic. Several options are:

“Communications between the incident commander and tactical-level management units and/or company officers is essential for successful fireground operations. Communication during the fire attack may be difficult at times due to the noise created by the hose stream striking walls, ceilings, and furnishings. However, the engine company officer must monitor the portable radio for critical information that may affect the engine company. This includes ventilation delays, water supply difficulties, collapse potential, and Mayday and/or “urgent” transmissions. The engine company officer can provide the incident commander with vital information that may affect how the fire operation is handled. Messages such as those listed below should be transmitted to the incident commander, other units, or individual members on the scene:

Radio Communications on the fire ground is difficult at best but it should not fail to the point where a member losses a life.  We have been fighting fires for over 200 years and we have many traditions and killing firefighters is one that have to stop.