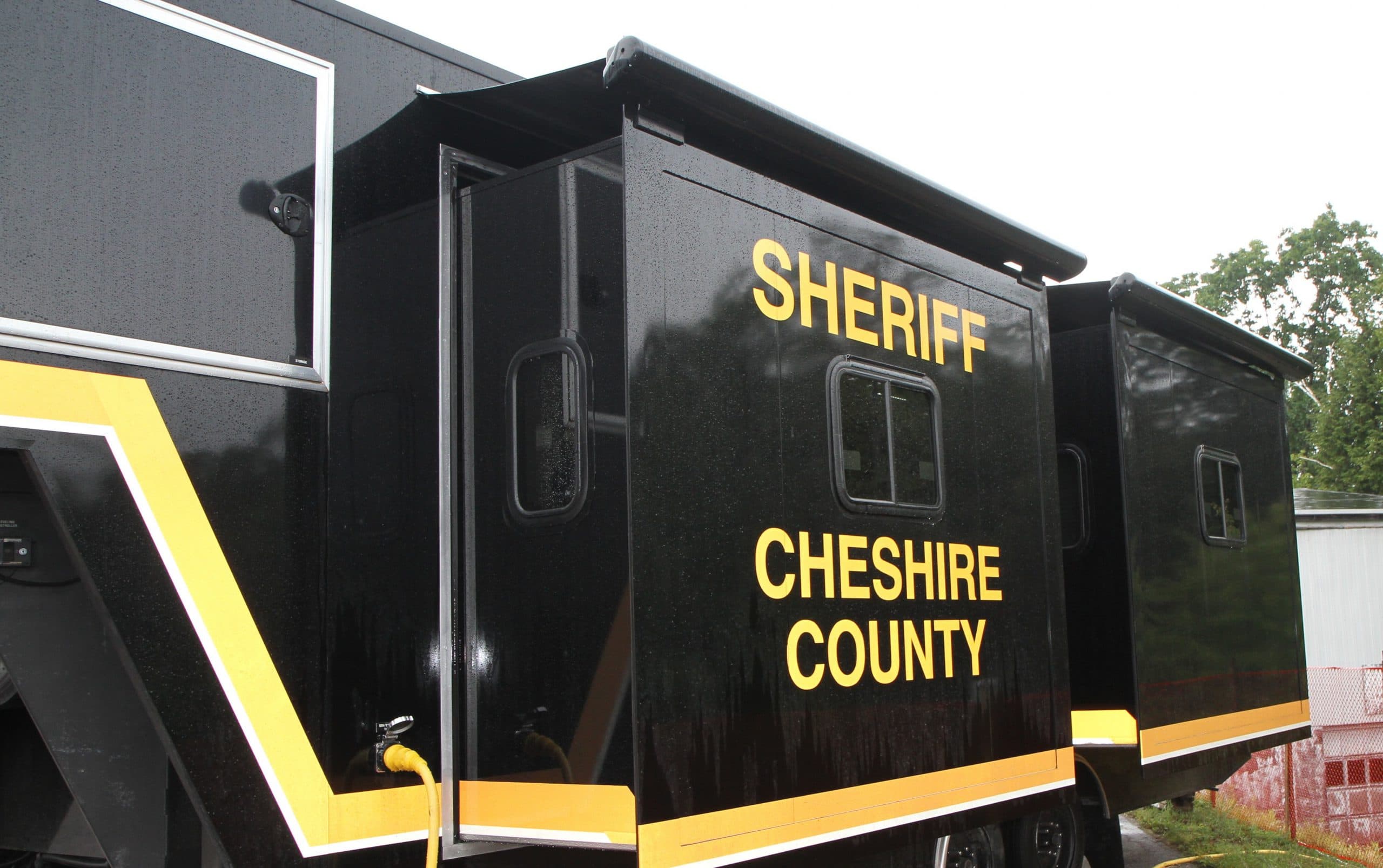 Cheshire County Sheriff’s Office, located in New-Hampshire, US., answers more than 47,000 calls annually. They serve a community of 75,000 people in an area that covers over 7,000 square miles divided into 23 towns.

Being surrounded by 5 counties, Cheshire County works with public safety agencies from each of the 3 states and with the State police of each. Occasionally, they need to interact with the National Guard. Since every agency works on different radio bands, mutual operations become and headache quickly and can put officers in harm’s way. On top of that, the numerous mountains in the area cause coverage problems for both radio & cellular communications. 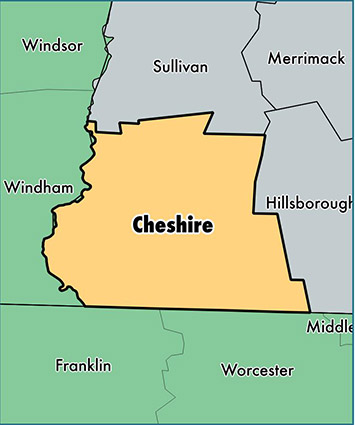 To solve parts of the problem they had, Cheshire County purchased a Mobile Command Trailer, equipped with high-power Mobile radios of the surrounding agencies for operability needs and better coverage; a deployable Satellite dish fixed on the roof for emergency measures; VOIP phones to operate with the Satellite dish; a generator running HVAC and the equipment inside. The equipment was installed by the trailer manufacturer.

Still, having high-power Mobiles did not enable cross-agency interoperability, and the cellular coverage for data & voice was still an issue. Tactical deployments also had a ‘communications blind spot’ as the Trailer could not be deployed quickly enough to respond to that type of quick-deployment schemes like cross-border car chases: something more mobile was needed.

They’ve started to look at portable communication solutions when the owner of the decommissioned Vermont Yankee Nuclear Plant asked the Sheriff’s office to provide an emergency management plan for the plant, which involves many surrounding counties. 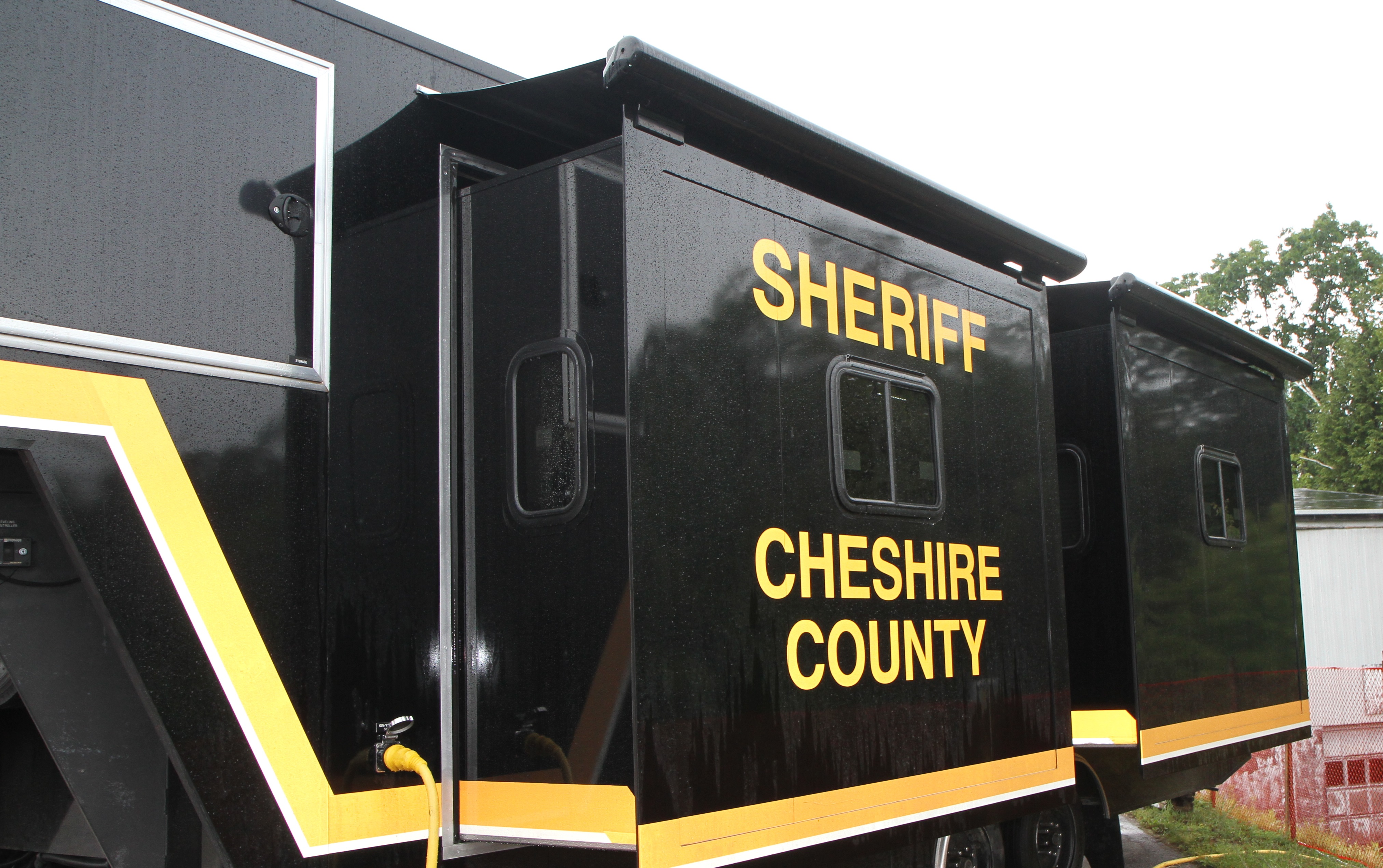 To answer their Tactical and interoperability needs in the trailer, the Sheriff’s Office chose to get a BaseCamp Connect EM Series that includes a 5-port radio interoperability gateway (with handset); Internet connectivity using Verizon’s LTE coverage along with a SAT backup if needed; digital phones operating in priority on US Cellular’s voice network (they use US Cell because it blankets Cheshire County’s mountainous area with 2G/3G/4G) with automatic failover on Verizon’s network.

USE IN DAILY OPERATIONS

When an emergency occurs, officers often arrive on-site before the Incident Commander. By using any cellphone, the Incident Commander can call the system’s single inbound number and speak directly on the radio channel that the responders are on. This allows the ranking officer to establish command while in route to the scene. Before having the BaseCamp, the Incident Commander had to call someone already on-scene to ask him to relay critical instructions to responders. With the use of the BaseCamp, it’s easier, quicker, and most importantly, it ensures that the message received by the officers is the right one.

When an incident occurs, law enforcement agencies need to react very quickly. Sometimes, they just have enough time to deploy tactical vehicles instead of a communications trailer. Having a portable communication system is critical because teams in the field don’t have time to setup IP gateways or configure radios while they are responding. A bank robbery, for example, happening in neighboring Windham County in Vermont with suspects driving to Cheshire County, requires law enforcement agencies from the two states to communicate and exchange critical information quickly to coordinate the pursue efforts. Using the BaseCamp in a tactical vehicle with donor radios from each agency, Cheshire’s Sheriff office can patch their VHF radio network with Windham County’s UHF radio network and talk to coordinate their work. Should more agencies need to be involved, Cheshire County would be able to patch more radios and make talk groups on-demand if necessary simply by toggling a switch.

Since 1950, the City of Jaffrey holds an annual fireworks festival. Depending on the temperature, the festival can attract between 10,000 and 35,000 people at the Silver Ranch Airpark. This is a huge event if you consider that Jaffrey’s population is only about 5,500 people. Cheshire County Sheriff’s Office mission is to coordinate law enforcement, fire, and EMS communications.

For such large-scale events, the sheriff’s office deploys its mobile communications trailer to ensure continuous communications and interoperability between public safety agencies. In this type of event, the primary concern of Arlene W. Crowell, Director of Communications, is to be able to bridge radios from several departments to be on standby if something happens.

‘’The BaseCamp is the only system we found that allows us to interconnect radio networks in minutes and without any configuration‘’. This simplicity allows the Sheriff’s office to setup in advance and have peace of mind that everything will be working if an incident occurs. By having the different radio control heads installed in line inside the trailer next to their BaseCamp allows them to instantly plug the patches & interoperate with different agencies and disciplines, and have the flexibility of patching other donor portable radios should they need to. With the proper connection cables handy, they can patch in the conversation anyone who comes on scene. Their BaseCamp also acts as a telephone and Internet connection backup, in case of the main system malfunction.

Set up your free demo