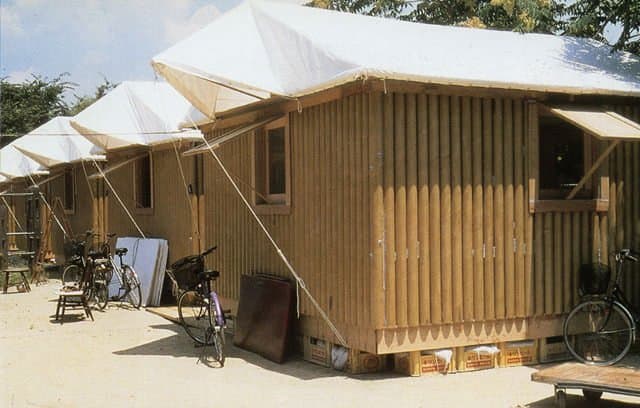 Here’s our selection of the Best TED Talks for Emergency Managers. Hopefully, these technologies will become increasingly used in the future.

Long before sustainability was a buzzword, Pritzker Prize-winning architect Shigeru Ban had begun his experiments with ecologically sound building materials such as cardboard tubes. His remarkable structures are often intended as temporary housing for disaster-struck nations such as Haiti, Rwanda, Japan. Yet often the buildings remain a beloved part of the landscape long after they have served their intended purpose. (Filmed at TEDxTokyo.) Robin Murphy: These robots come to the rescue after a disaster

When disaster strikes, who’s first on the scene? More and more, it’s a robot. In her lab, Robin Murphy builds robots that fly, tunnel, swim and crawl through disaster scenes, helping firefighters and rescue workers save more lives safely — and help communities return to normal up to three years faster. Michael McDaniel designed housing for disaster relief zones — inexpensive, easy to transport, even beautiful – but found that no one was willing to build it. Persistent and obsessed, he decided to go it alone. At TEDxAustin, McDaniel show us his Exo Reaction Housing Solution, and asks us to prepare for the next natural disaster. If you know amazing technologies that have the capacity to substantially improve Emergency Response, please let us know in the Comment Section below !