Interoperability of communication systems must be tested proactively 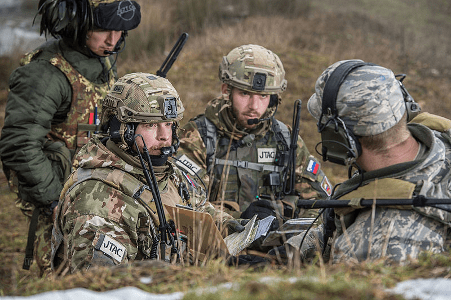 In an increasingly complex and uncertain global security environment, interoperability of communication systems has a force-multiplying effect in terms of operational effectiveness and cost-efficiency.

North Atlantic Treaty Organization (NATO) has been striving to improve the co-operation capabilities of the NATO forces since the Alliance was founded in 1949. Interoperability has become even more important after NATO began leading out-of-area operations in the 1990s. NATO has partnered with allies in a large number of operations, ranging from humanitarian relief and peacekeeping missions to crisis response operations where seamless communication is fundamental to mission success.

Due to the increased number of member nations, interoperability became more challenging with diverse communication systems owned by the new NATO members. An Alliance of 30 nations can only work effectively together in joint operations if communication tools and methods are in place to ensure smooth cooperation. 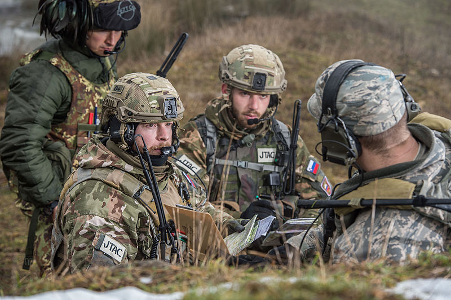 Interoperability is defined by NATO as the ability to act together coherently, effectively, and efficiently to achieve Allied tactical, operational, and strategic objectives. It also refers to the condition achieved among communication equipment when information or services can be exchanged directly and satisfactorily between them and/or their users.

Interoperability problems may occur at all levels of warfare—strategic, operational, tactical, and technological. Therefore, they need to be addressed proactively before any crisis unfolds.

Interoperability enhances information sharing between NATO and partner nations as a key enabler that improves situational awareness so that leaders can make better decisions faster. This will not only support the mission success, but it also serves the men and women of our militaries by reducing operational risk and keeping them safe.

Interoperable communication systems make the sum of all the forces bigger than the sum of its parts by working seamlessly together. Without tested and verified interoperability of communications equipment, there is a high risk that vital operational information cannot be exchanged between commands and capabilities.

All NATO missions depend on fully interoperable communication capabilities to enhance readiness and achieve mission success so that NATO and partner nations’ forces can work seamlessly together and “act as one”, whenever and wherever required.

With interoperability exercises, national militaries can proactively assess and adjust the interoperability of their capabilities long before meeting adversaries in the battlespace. NATO Allies and partners build interoperability in peacetime, thereby speeding the establishment of effective coalitions—a key factor in potential major combat operations.

The exercise is operationally driven and technically supported by all parties involved. CWIX puts an emphasis on systems that will need to be rapidly deployed to the operation areas. CWIX provides participants a controlled environment to test, identify, and fix the interoperability issues of their communication systems for saving lives and money.

Through CWIX, the exchange of vital information between potential mission partners is tested and confirmed before deployment. This verified interoperability is critical to mission success and contributes to NATO’s military readiness and effectiveness. Nations test interoperability between mobile tactical radios in preparation for the Very High Readiness Task Force, aiming to confirm ‘day zero’ readiness of deployable Command and Control capabilities.

CWIX puts an emphasis on systems that will deploy with NATO-led operations, particularly those related to Federated Mission Networking (FMN) in order to support military readiness.

How can we reach a higher level of interoperability?

Interoperability between communication systems is one of the core strategic principles of NATO according to Allied Joint Doctrine for Communication and Information Systems (AJP-6).

Within a NATO-led coalition with non-NATO entities, the delivery of services and information is dependent on the mission, defined relationships, and the ability of participants to operate Communication and Information Systems. Testing the interoperability of communication equipment with potential partners proactively reduces deployment times and costs while preventing system failure in crisis response missions.

The NATO-led ISAF security mission in Afghanistan is a striking example revealing the complexity of multinational operations where more than 40 nations have contributed troops to ISAF (International Security Assistance Force) and most nations brought their own communication hardware and C2IS systems to the mission theatre. Experiences from Afghanistan highlight the critical need for effective communication interoperability for connecting the coalition forces.

In order to satisfy the strategic principles of communications in an efficient and effective manner, communication systems should comply with a number of general characteristics. Agility ensures that our equipment can respond dynamically to changes in scales of effort, operational tempo, posture, and outages. We need to meet changing situations and diversified operations with minimum disruption or delay.

Technical interoperability is established in the NATO Standardization Agreements (STANAGs) that cover the technical characteristics and required interfaces for tactical area communications systems and combat net radio systems which are vital for land communications.

Lack of standardization in CIS procurement and development within NATO and NATO nations has led to the implementation of numerous disparate formats that hamper interoperability. As stated by U.S. Army Futures Command leaders, “Tactical radio communications with coalition partners is one of the key problems we have been trying to solve.” Hence, the procurement process of radio equipment is critically important. On the tactical level, coalition forces need to be able to communicate instantly. This can be provided by equipment enabling disparate systems to work together in secured environments.

Learn more about our interoperability capabilities

Before procuring communications equipment, we need to consider not only the internal communication needs within our teams but also the information exchange requirements with our potential partners for crisis response operations.