Operating in the Polar Environment 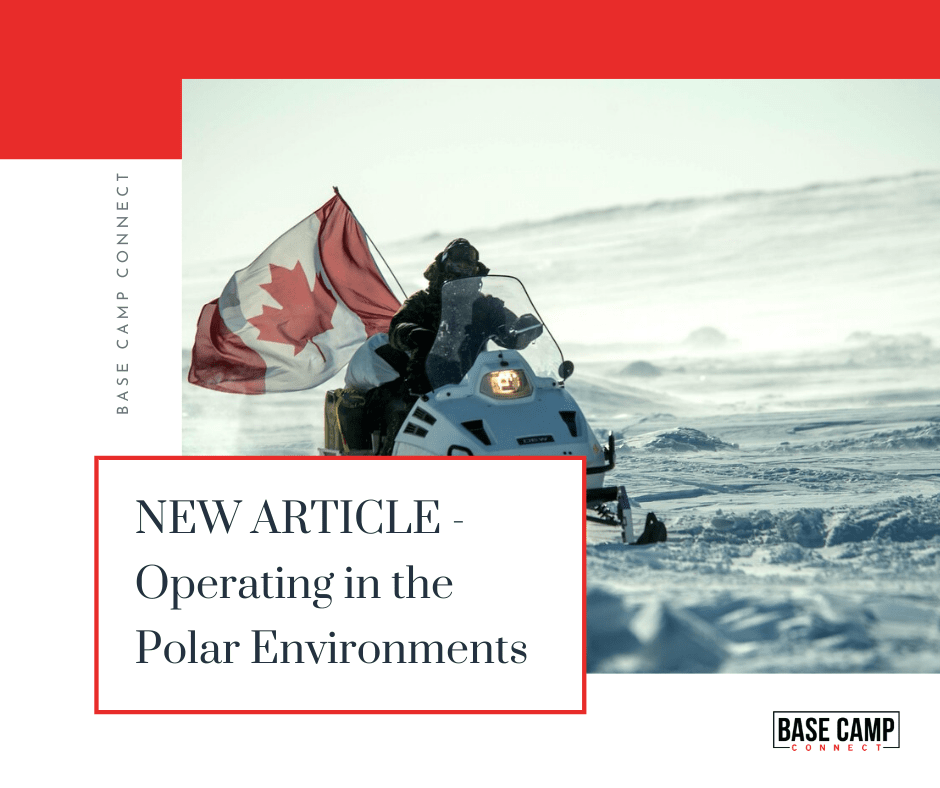 Establishing and maintaining communications can be challenging in any environment. What works in one region of the globe may be wholly unreliable in other locations. While each biome offers its own unique set of obstacles to overcome, the polar regions are perhaps one of the most difficult to operate in, especially for communications professionals.

For those who have not ventured to the extreme ends of our planet, the Arctic and Antarctic regions present intense conditions that require individual grit and preparation if one is to complete their mission. Some of the common obstacles include low temperatures, unique and sometimes dangerous wildlife, hazardous terrain, isolation, and atmospheric conditions that can wreak havoc on communications gear.

If you are planning for operations in the polar regions, you will need to familiarize yourself with the challenges you will face. Fortunately, several of the team members at Base Camp Connect have had experience working in these regions. This article will discuss some of the challenges we have faced and how we overcame each of them.

The polar regions are the coldest locations on the planet. The planet’s tilt allows the poles to only receive low-angle sunlight. As a result, temperatures can reach record-breaking levels. In the Arctic, the lowest recorded temperature was -69.6°C (-93.3°F) and in the Antarctic, an unimaginable −89.2 °C (−128.6 °F).

The terrain of polar regions is diverse, and each pole features significant differences from the other. Understanding the landscape of each will help you prepare for an expedition to these isolated spots.

Antarctica is typically divided into three zones. The two largest are East Antarctica and West Antarctica, separated geographically by the Transantarctic Mountain range. The third area is the Antarctic Peninsula. In general, the vast majority of Antarctica is covered in ice; however, there are unique features that are not, such as the continent’s two active volcanoes.

The Arctic region is a bit different and can be thought of in three areas. The southernmost area is the tundra and is a polar desert found in high latitudes. Alaska, Canada, Russia, Greenland, Iceland, and Scandinavia, as well as some islands, have areas classified as tundra. These treeless deserts are often where permafrost, a type of ground frozen for at least two years, can be found.

Weather conditions in the polar regions are characterized by cold summers and frigid winters. High winds, storms, and various forms of precipitation can occur but not as often as most people might assume. Antarctica, for example, is technically a desert and receives extraordinarily little snowfall each year. What does fall, does not melt and builds up over time to form glacier ice.

The animals of the polar regions have uniquely adapted for life in these harsh conditions. Each pole has its own diverse collection of inhabitants. Many of these animals, particularly in Antarctica, have little to no interaction with humans. While most pose no threat to you while operating in the Arctic and Antarctic regions, there are some to avoid, such as polar bears and leopard seals. 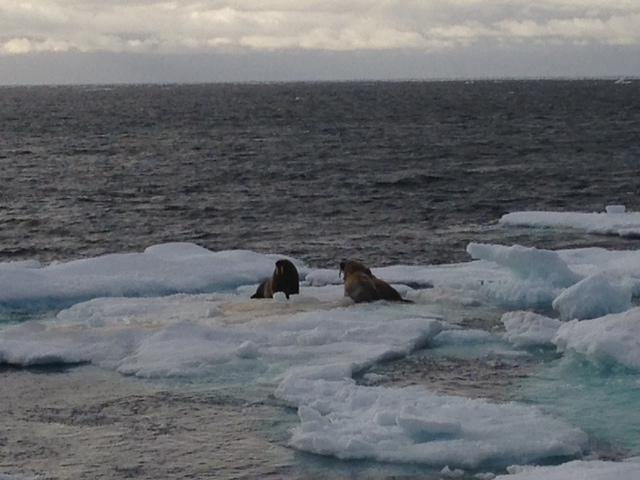 Image: 2 Walruses in the Arctic

Communications equipment is an essential element of any polar-based operation. Establishing and maintaining communications with your team and those supporting your efforts is a critical component to accomplishing the mission. You will find that the closer you move to the poles, the more difficult communications become. Internet is almost nonexistent, high frequency (HF) radios have issues, and satellite communications are not always reliable. Where satellite links are available, access can be expensive and slow because there is not a lot of bandwidth available.

HF radios were the best means of communication through the 1970s. Communications over HF radio waves are a significant step forward, but it has its share of limitations. The atmosphere’s ionospheric layer stretches from roughly 80.5 km (50 miles) to the edge of space and constantly changes. Sometimes called “space weather,” the Sun-Earth system can produce magnetic fluctuations that can cause HF radio communication disturbances. Additionally, as the need for data grew towards the end of the twentieth century, HF radios began to be replaced by satellite communications, and skills set have faded a lot.

Low Earth Orbiting (LEO) satellites are one such advancement. Signals pass much easier through the vacuum of space. A typical LEO satellite will stay in orbit between 7 to 10 years flying just above Earth’s atmosphere. As such, LEO satellites are constantly being upgraded and improved. In time, LEO will most likely provide better coverage and data transfer speeds than ground-based systems.

As you might imagine, the availability of the internet is less than desirable. Some coverage exists around villages, but any signal is lost once you are a kilometer away from these locations. Many companies have attempted to install fiber optic cables, but a lack of funding and the sheer magnitude of the project has left only partially finished fiber-optic lines. New developments are always in the works and keep hope alive that improved internet access and speeds will eventually come to the region. 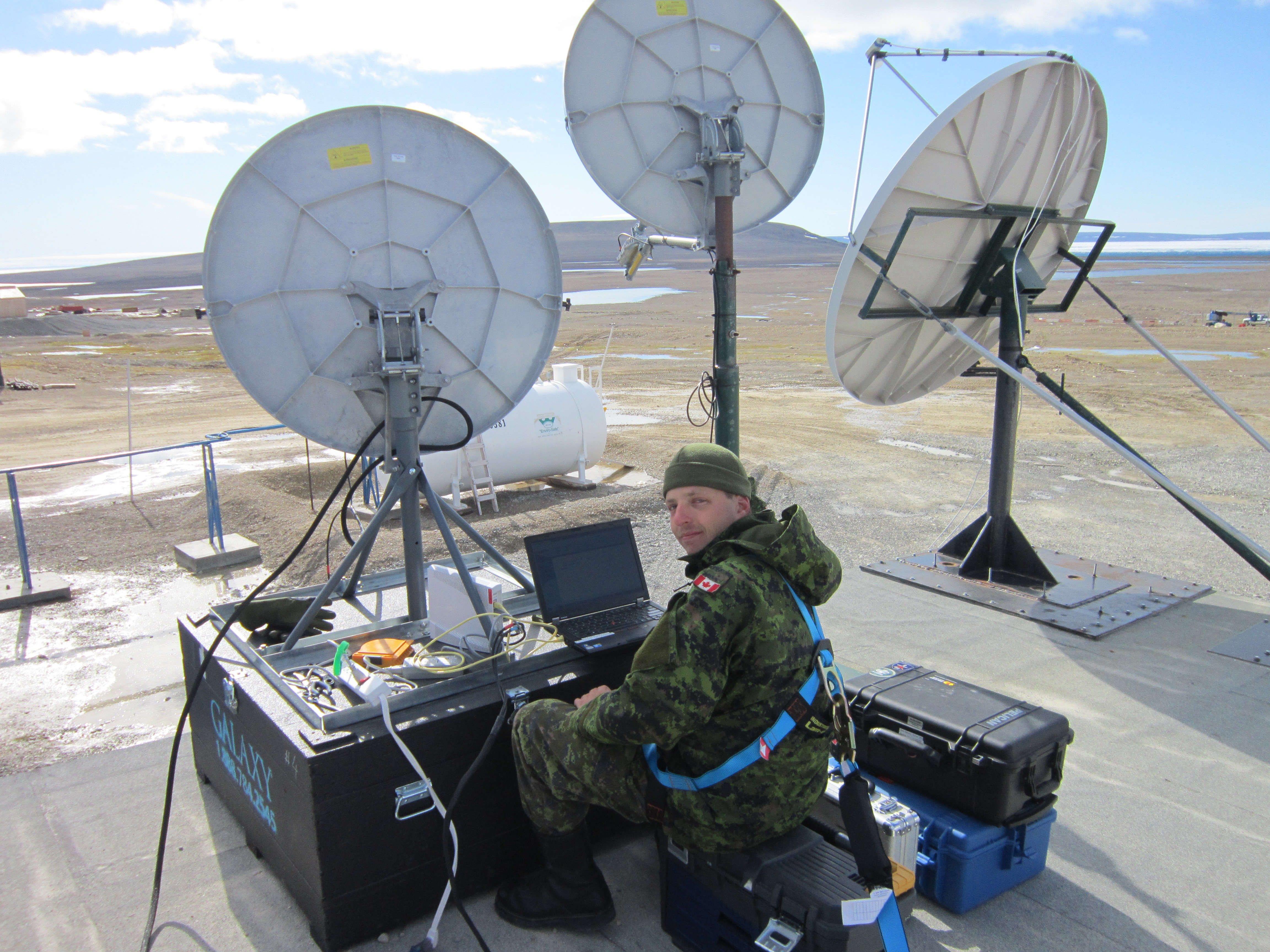 In our team’s experience, a combination of HF radios and satellite communications offers the best mix of coverage and capabilities. We recommend planning to use both types of assets for greater efficiency and reliability.

No detail is too small to be considered. It is also vital to build redundancy into your plan. If you only have a single piece of equipment to handle a specific task, what happens if a component breaks en route? How will you repair or replace the broken gear? Can you still accomplish your mission? If you make detailed plans and build redundancies, you will have the greatest chance for success.

Resupply is another critically important factor to consider. Local villages will most likely not have technical material or replacement equipment. Food, gas, water, and other essentials will need to be prepared in advance. It is not uncommon for polar regions to have blizzards and flash snowstorms that can last several days. Weather can also knock out communications. Remember to make arrangements with villages ahead of time or stage supplies in other locations. For good measure, never let your critical supplies drop below three to four days of rations.

In the Arctic, you will need to protect yourself from polar bears. Climate change has reduced the food sources for these animals and forced them to move closer to where people live. Never leave food out in the open. If you are near a village, dogs offer some protection. Our best advice is always to have at least one lookout armed with a rifle in areas known to be inhabited by polar bears. 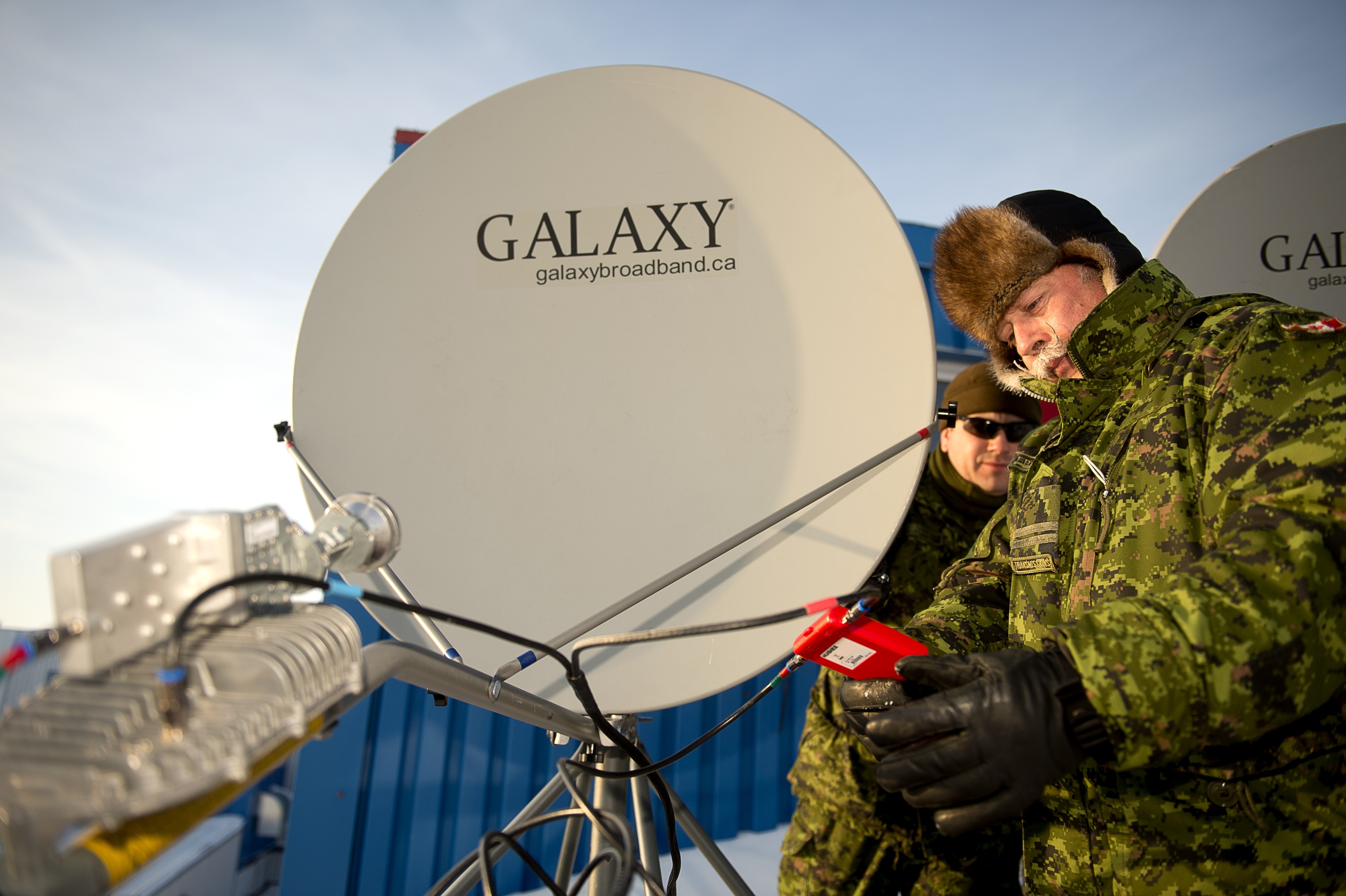 Cold weather can have adverse effects on your equipment and even the quality of your work. It would help if you prepared equipment for extreme temperatures. For example, coax cables must be extreme cold weatherproof or will break like glass when you coil them to move to new locations. Anything containing liquids can freeze as well. This includes motors, engines, and pneumatic equipment.

In some cases, you will need to change the equipment you use based on the time of year. One example would be the anchors you choose to fix your antenna masts. Permafrost is extremely hard and requires ice screws to hold the antenna in place. In the summer, permafrost can become a muddy mess. It may take anchors over 6 feet long to reach something solid enough to anchor into.

People tend to modify their behavior when working in cold environments. There is always the potential for you to finish work quickly, only to get out of the cold. In polar regions, you rarely work alone, twice as many people are required for safety reasons. Use the buddy system to ensure you get the job done right the first time and avoid costly mistakes due to hastily completed projects.

With proper planning and preparation, the challenges of operating in the polar regions can be overcome. Anyone looking to work in these areas should consider the unique challenges they will face when working at the extreme edges of the northern and southern hemispheres.

Communications professionals will want to make sure they understand the adverse effect the environment, weather, and extreme temperatures can have on both equipment and signal propagation. As with most endeavors, it is always beneficial to speak with someone who has actually been deployed there before your journey begins. Feel free to contact our team and learn more about successful operations in polar regions.